The 73-year-old screen veteran was awarded Best Actress in a Supporting Role for her role in the immigrant film "Minari," written and directed by Korean American Lee Isaac Chung.

She is the first South Korean to win an acting Oscar. Bong's black comedy "Parasite" brought home four Oscar titles, including best picture and best director, last year, but none of its cast earned an acting nomination.

She took the role of the atypical foulmouthed grandmother Soon-ja, who comes to America to help her daughter's family, which starts a new life in rural Arkansas. 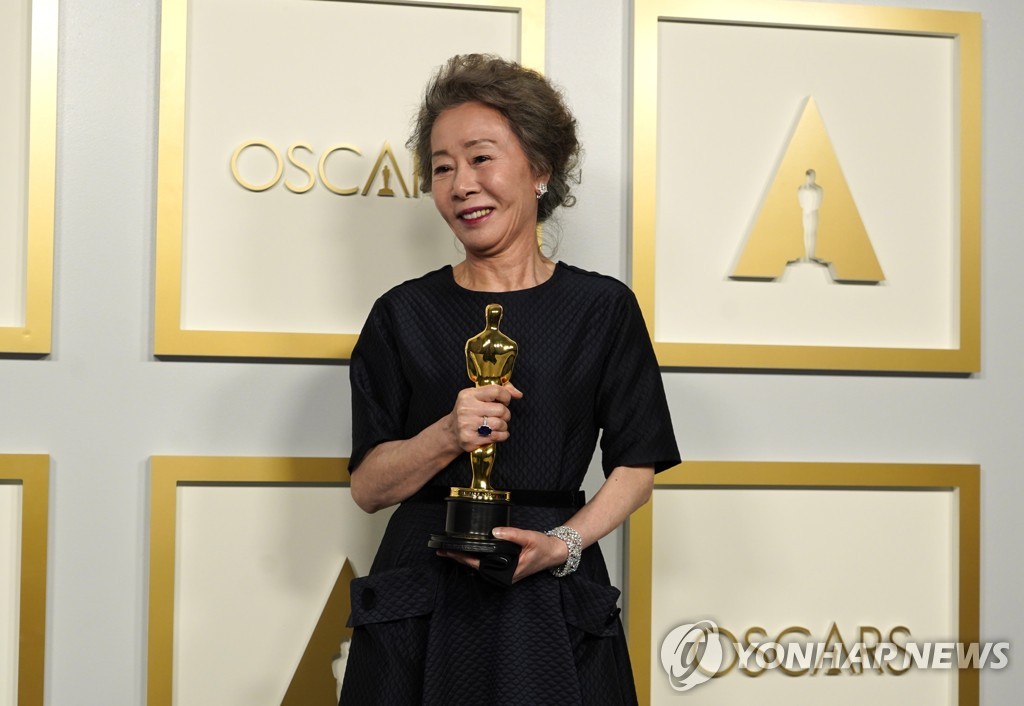 "She has not prepared projects targeting an Oscar," Bong said during a telephone interview with the local cable channel JTBC on Monday.

But he said Youn's all-round career that spans over half a century, with nearly 100 films and TV series under her belt, has been finally acknowledged by the Academy, which has been recently changing to expand diversity in culture and region.

"The Oscars have belatedly hurried up and discovered Youn and given her an award," Bong said. "I think the Academy Awards is actually not an international awards show, but it has changed to pay tribute to renowned actors across the world. It is moving in the right direction, although it is a little bit late."

"I'm working on two projects, one in the Korean language and the other in English," he said. "I completed the screenplay of the Korean film in January, and I'm writing the scenario of the English project."

But he did not elaborate on the exact schedule of the projects' production. 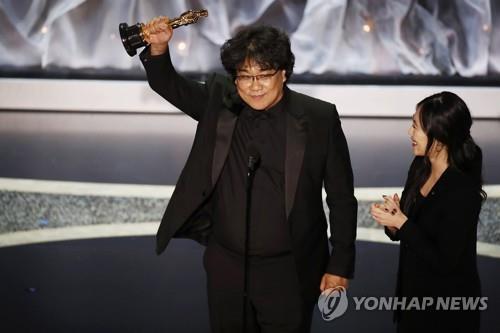