Its net profit reached 150 billion won (US$135 million) in the January-March period, up from 729 million won a year earlier, as it basked in a sharp rise in gains from equity ties with a display affiliate, Samsung SDI said in a regulatory filing.

Operating profit soared 146.7 percent on-year to 133.2 billion won, and sales increased 23.6 percent to 2.96 trillion won over the period, the highest performance for the first quarter, the company said.

In the second quarter, the company expected rising sales of EV batteries in the European market and robust demand for ESS in the U.S. market, while projecting solid demand for materials for OLED screens and semiconductors. 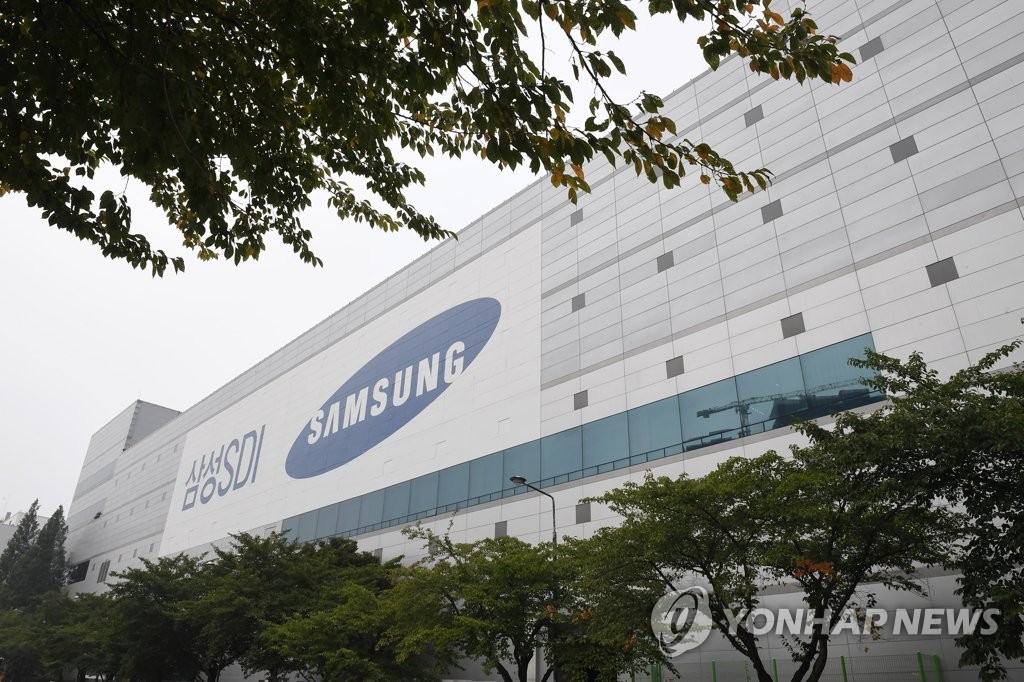 Samsung SDI expected rising demand for EV batteries as automakers are rushing to roll out battery-powered vehicles in the coming years, expressing hope for expanding partnerships with major industry players.

The company supplies batteries to German automaker BMW, and its batteries are set to be used in U.S. electric vehicle startup Rivian's upcoming electric pickups and SUVs.

Samsung SDI said the global chip supply shortage has not yet affected its battery production plan as global automakers are prioritizing their EV production.

"We will increase supplies to major clients beginning in the second quarter, and the sales in the latter half will sharply rise compared with the first quarter," Kim said. "We will be able to achieve the goal of surpassing the break-even point this year."

While the company expected a bigger-than-expected sales fall in the domestic ESS market due to regulations, it projected an upbeat outlook in the U.S. market, which is forecast to more than double this year from 2020.

Shares in Samsung SDI slipped 0.58 percent to 685,000 won on the Seoul bourse, versus the benchmark KOSPI's 0.07 percent fall. The earnings report was released before the market closing.