Whale -- a Chromium-based web browser released in October 2017 -- is the fourth mostly used web browsing tool in terms of the market share. Google Inc.'s Chrome topped the list with more than a whopping 60 percent. 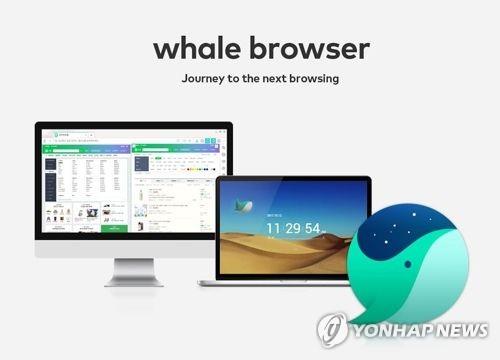 To boost its market share, Naver has adopted various features, such as omnitasking -- a split-screen function that allows users to browse two websites in the same tab.

Kim further said more users will enjoy Whale as they will be able to experience the same service both on computer and mobile platforms.

Naver also has joined hands with LG Electronics Inc. to develop a notebook dedicated to Naver's online education platform Whale Space. Tentatively named Whalebook, it will be a cloud-optimized laptop powered by Whale