SEOUL April 27 (Yonhap) -- While the ruling party struggles with the fallout from its recent crushing defeat in the local by-elections, the main opposition People Power Party (PPP) hasn't exactly been publicly gleeful or celebratory since its decisive wins.

The overall shift in preference this time among swing voters toward the conservative opposition in the April 7 Seoul and Busan mayoral races has been widely interpreted as more of a sign of the public's accumulated anger toward the ruling bloc -- for its excessive reform drive and real estate policy blunders -- and less as a reflection of growing political and emotional gravitation toward the PPP.

Given such a universal perception, the opposition's public reaction toward its election win has been more or less stern and introspective in tone, as many argued that the party was handed a lucky break: being chosen as the lesser evil, especially amid a recent explosive public sector land speculation scandal that severely compromised the political and moral authority of the ruling bloc. 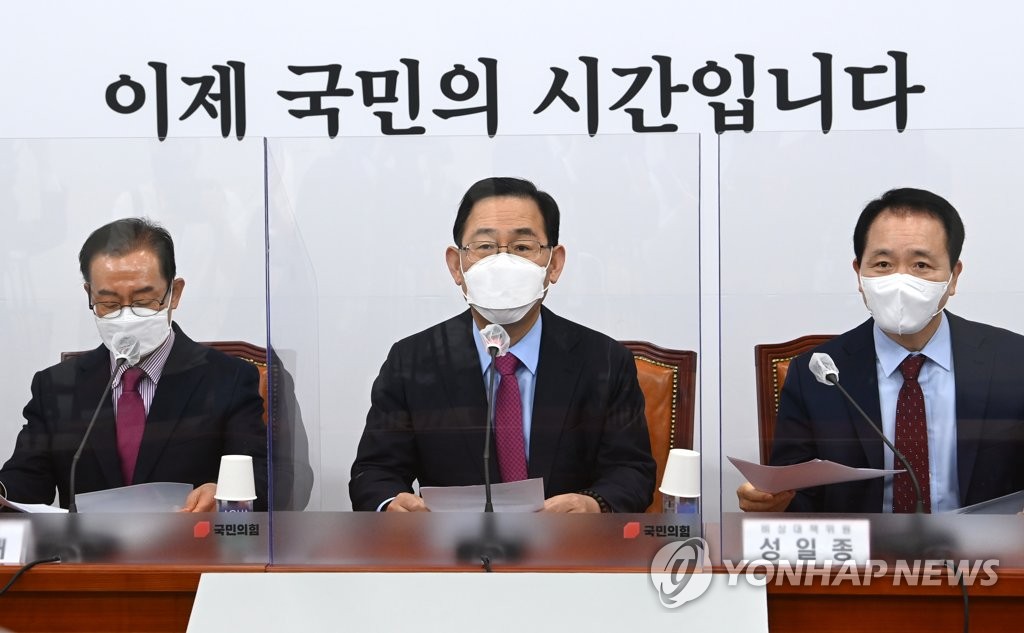 Former PPP interim head Kim Chong-in defined the election result as that of "the people's victory" and even warned that the PPP should not be so delusional as to claim ownership of it. Rep. Joo Ho-young, floor leader and current interim head, also stated that the public sentiment was a mandate for the PPP to overhaul into a pragmatic, centrist party and lead the formation of a broad opposition coalition ahead of the presidential race.

With such daunting tasks of self-reform ahead, the PPP, however, has found itself stuck in the middle of what some may consider an out-of-season debate over the legacies of two former conservative presidents, Park Geun-hye and Lee Myung-bak, both imprisoned for corruption charges.

PPP Rep. Suh Byung-soo stated in an parliamentary interpellation session on April 20 that a "vast portion of the public, including myself, believe that former President Park's impeachment was a wrong move," questioning whether the charges against Park went as far as warranting impeachment.

Park is currently serving a 22-year prison term for a massive power abuse and bribery scandal that ousted her from office in 2017 and ended up ushering in the current administration under President Moon Jae-in.

The scandal, which prompted large nationwide anti-government candlelight protests calling for Park's ousting, is often identified as the single biggest cause in the recent yearslong downfall of conservative forces in national politics.

Before the latest election win, the main opposition lost four consecutive nationwide elections since the 2016 general elections despite the PPPs constant attempts to try to politically distance itself from Park.

Following the unexpected invoking of the impeachment issue, the PPP leadership again moved to distance the party as a whole from Suh's comments, arguing that they were not in line with the party's official position.

But a subsequent proposal from Park Heong-joon, who was elected as new Busan mayor on the PPP's ticket, that President Moon grant special pardons for the two former presidents negatively affected public sentiment on the party. 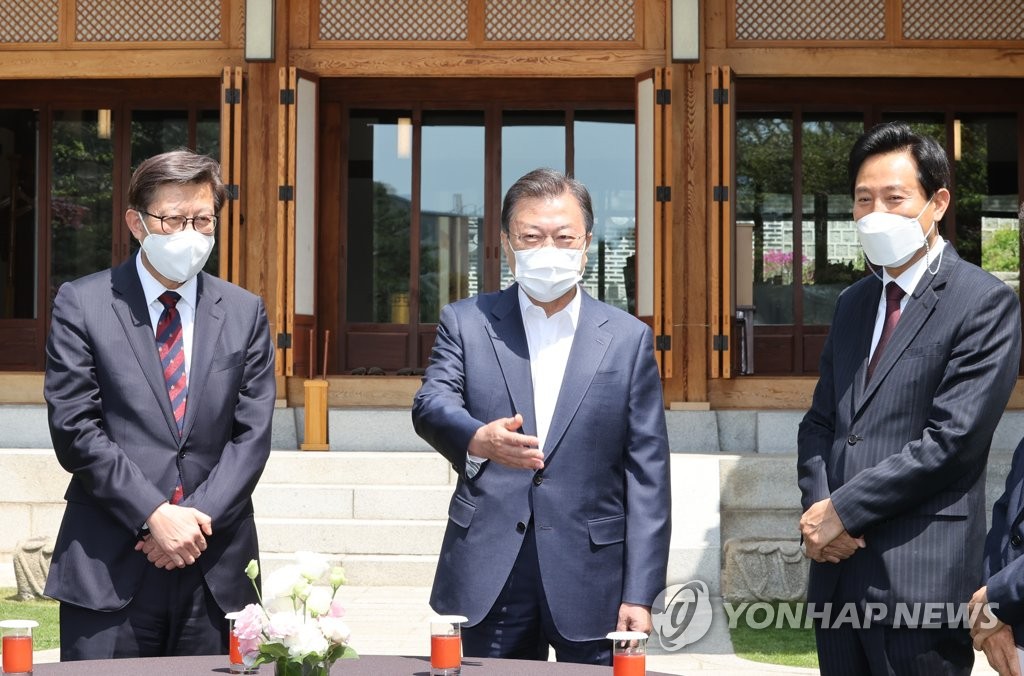 The sudden impeachment-pardon debate appears to have dealt a blow to the PPP's public approval, with its rating falling 2 percentage points to 28 percent in a Gallup Korea survey on 1,003 voters from April 20-22.

Many political pundits cite a lack of clear, substantial leadership in what appears to be the recent political regression of the PPP, especially after the departure of its interim chief Kim. The party, similar to the DP, is currently in the process of electing its new leaders.

"Former key figures who had laid low during the interim steering committee leadership under former chairman Kim are reemerging after his departure," political commentator Park Sang-byeong said. "The recent developments are far from reform in nature," he added.

Signs of the PPP regressing back to its past image could also potentially spell trouble not just for the PPP but also overall opposition forces seeking a "big tent" coalition for a change of power in next year's presidential election.

Without a strong presidential contender as of now, the PPP is trying to woo former Prosecutor General Yoon Seok-youl, the front-runner in the latest presidential hopeful polls, to join the party and back him as the unified candidate for the opposition bloc.

For Yoon, that move could end up as political suicide, as he played a pivotal role in looking into high-profile scandals during Park and Lee's terms while in the prosecution service.

"If Yoon ends up joining the PPP, it would be a sign of political self-denial for both Yoon and the party," one PPP lawmaker said, asking for anonymity. "He would probably think that it would be best to remain outside the PPP as of now," the lawmaker added. 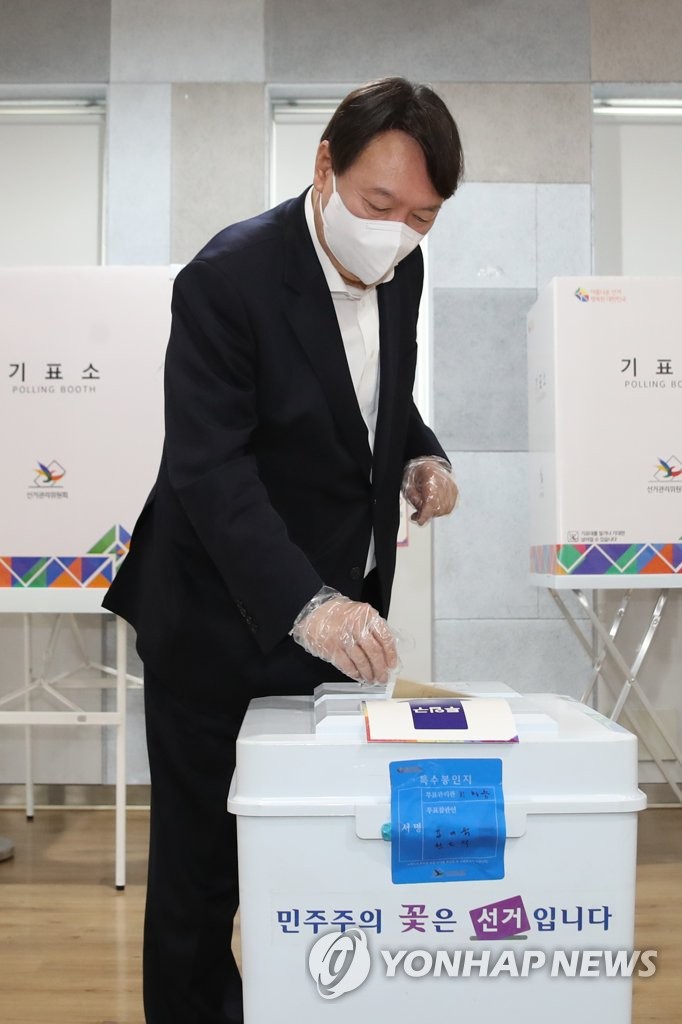