SEOUL, April 28 (Yonhap) -- The process of learning a language can be more effective when you have a strong motivation, which is why the company behind BTS recently released the latest version of its Korean learning kit involving the K-pop act's miniature characters for global fans.

"Learn! Korean with TinyTAN," is a follow-up series to Hybe Edu's "Learn! Korean with BTS" released last year. The company said the new version is tailored to fans who are newly learning the language, focusing on the basic phonetics and structures of the Korean language and its alphabet.

"Fans want to learn more about the artist, like the artist's language, so our key goal is to help them understand and make the (artist-fan interaction) richer," Choi Yeong-nam, general manager of Hybe Edu, told reporters at a trial session at Hybe's headquarters in central Seoul.

"We incorporated new and easy-to-use technology and artist intellectual property (IP) for this," he said, referring to TinyTAN, a set of characters that were designed based on the K-pop act's seven members. 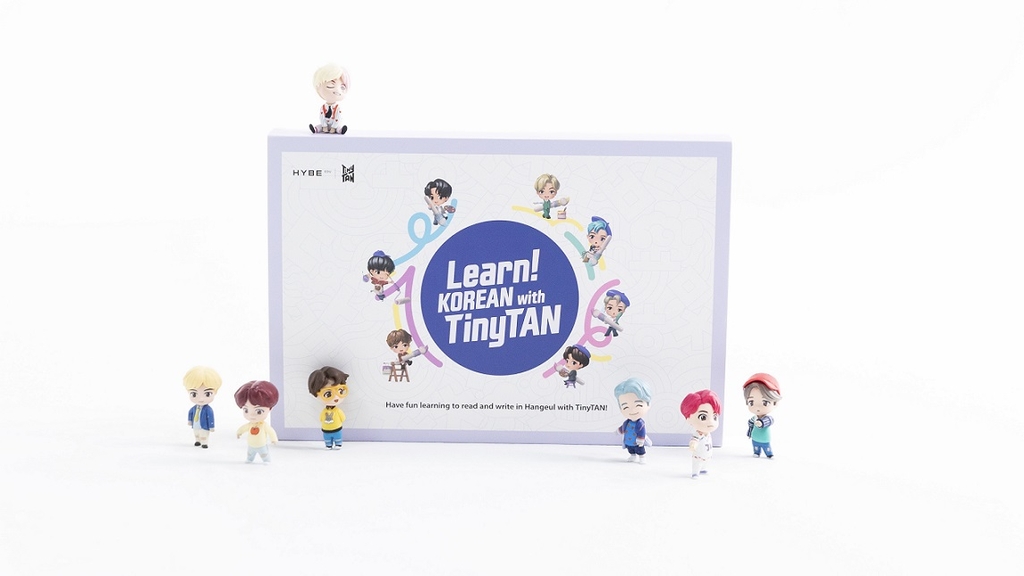 The core of the learning materials is the purple-colored gadget, which allows users to access relevant videos of BTS and carries sound clips that were created using text-to-sound technology, according to Hybe Edu. The company explained that while the sound clips were created with artificial intelligence, they were designed to emulate the voices of the seven musicians.

To engage learners, the company said users can customize some phrases -- including the Korean pronunciation of their names -- as if they were spoken by their favorite BTS member.

"Hello reporter, shall we start learning together? Fighting!" the gadget said in the voice of BTS member RM in a trial session on Tuesday. The name and member option were pre-registered by Hybe Edu. 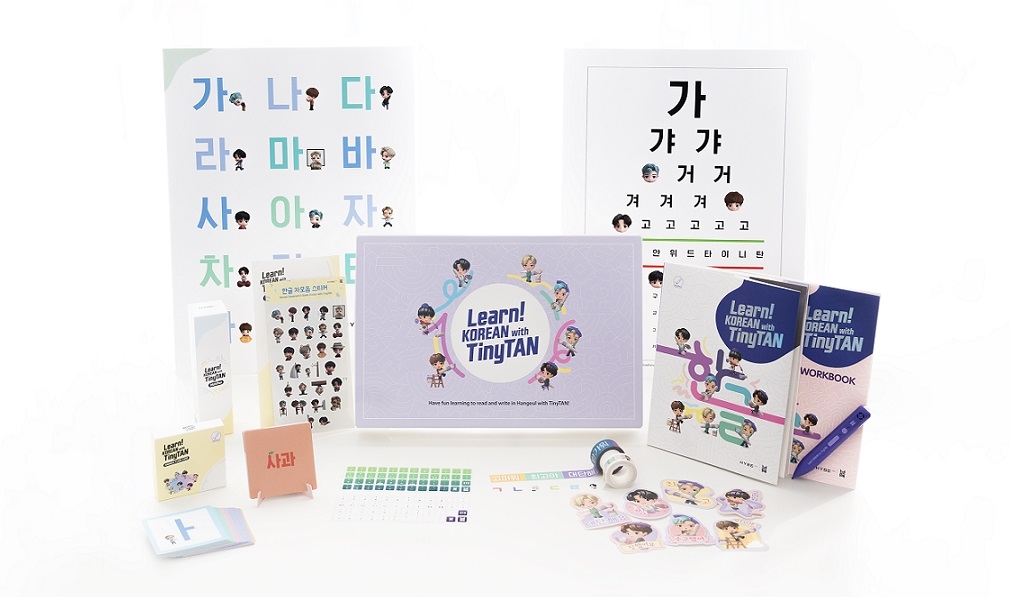 Hybe Edu said the new series -- which centers around episodes of a fictional BTS fan called "Bora," meaning purple in Korean -- was developed based on feedback from fans who purchased the first series. The first series sold some 300,000 copies in 30 countries.

Some fans who used "Learn! Korean with BTS" had suggested they wanted to learn more basic components of the Korean language, which is how the beginner level learning kit was developed, it added.

For a more fun touch, the kit also includes casual expressions that are used in everyday life. Examples include a section on "batchim," the final consonant in a syllable block that is sometimes intentionally added to make a phrase more cute.

An actual message member J-hope had shared with fans, for instance, shows how "gomawo," which means thank you in Korean, can be written as "gomawoyong," as a sign of affection. 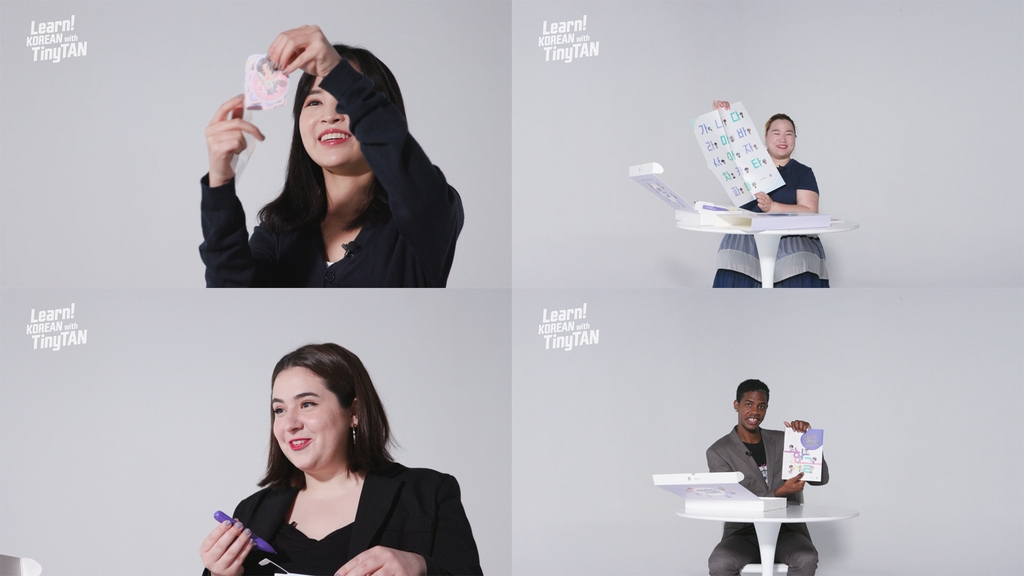 The new language learning kit is one of the latest projects Hybe has introduced since changing its name and reorganizing its business structure.

In March, Hybe -- formerly Big Hit Entertainment -- announced the name change and unveiled a blueprint to become what it called an "entertainment lifestyle platform" that can change and connect people through music.

It also restructured its affiliates into the three areas of label, solution and platform businesses, with the latter two largely deriving from the fandom of its artists, such as IP, merchandising and fan community platform Weverse.