The U.S. drama film on the struggles of a first-generation Korean immigrant family in America sold 8,500 tickets on Tuesday, bringing its combined total to 952,000, according to the data from the Korean Film Council.

Its box office ranking bumped up to second after the thriller "Recalled" with 14,000, up three notches from fifth place over the weekend.

The rebound came as Youn won Best Actress in a Supporting Role at the 93rd Academy Awards on Monday (Korean time).

Taking on the role of an atypical, foulmouthed grandmother in "Minari," the 73-year-old actress became the first South Korean thespian to clinch an acting Oscar.

The Oscar boost is projected to help the film, released on March 3, become the third box office release to post more than 1 million attendees in the virus-hit South Korean film industry in 2021 this coming weekend.

There are only two movies that have achieved the milestone this year: the Disney-Pixar fantasy "Soul" and the Japanese animated film "Demon Slayer: Kimetsu no Yaiba the Movie: Mugen Train."

"Minari," a semi-autobiographical film by Korean American writer and director Lee Isaac Chung, is about first-generation immigrants from Korea settling in rural Arkansas in the 1980s in pursuit of their own American dream.

It has been the talk of the town in the country as two South Korean actresses, Youn Yuh-jung and Han Yeri, participated in the project made by Korean American filmmakers, including director Chung and producer Christina Oh, who was nominated for the best picture Oscar as producer. 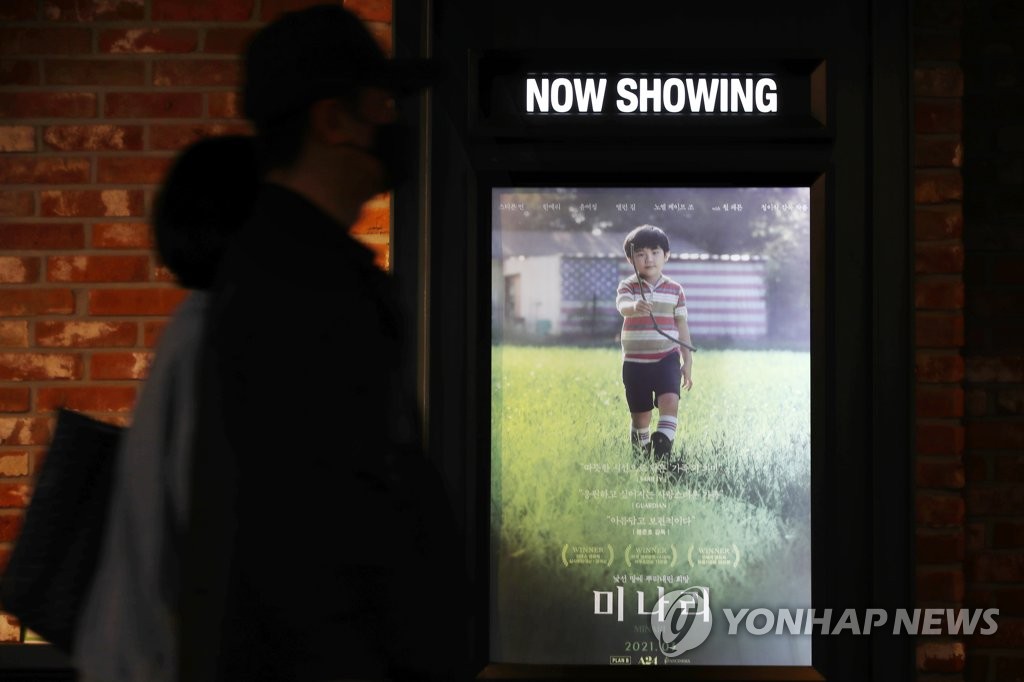