SEOUL, April 28 (Yonhap) -- Heirs of late Samsung Group chief Lee Kun-hee said Wednesday that they would pay more than 12 trillion won (US$10.7 billion) in inheritance taxes, the largest-ever in the country's history, but did not reveal how they would split inherited stocks among them, a key issue in reshaping the ownership of the nation's No. 1 conglomerate.

They said they will also donate 1 trillion won to support the virus fight and research for rare child diseases, and around 23,000 pieces of the senior Lee's art collections, estimated to be valued at about 2 trillion won.

The announcement came two days before their deadline to report and pay inheritance taxes to the authorities.

Lee's family said they will pay inheritance taxes in installments. They can pay one-sixth of inherited assets by the end of this month and pay the rest over the next five years. 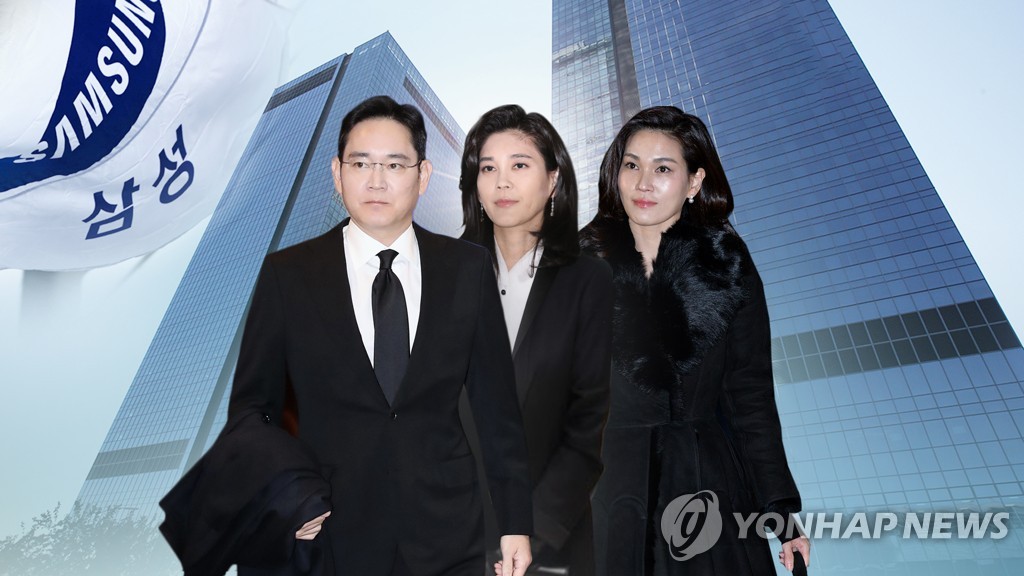 They are likely to fund their inheritance taxes with stock dividends but could also get bank loans to pay about 2 trillion won annually for receiving the late chairman's fortune.

Samsung, however, did not reveal how the family members will split Lee's stockholdings among them.

Market experts have speculated that the senior Lee's stocks will be distributed in a way that favors bolstering the leadership of Jae-yong, the de facto leader of Samsung Group.

Industry observers speculate that Jae-yong may get a majority or all of his father's stake in Samsung Electronics, though he may have to pay more than other family members.

"As far as I know, there is no discord between the family members (over how to split inherited stocks)," a Samsung official said on condition of anonymity. "It may not take a long time to know the details."

Under the regulations, reporting inheritance taxes does not necessarily mean that heirs have to finalize their detailed plan. They can submit a revised plan later after reaching an agreement. 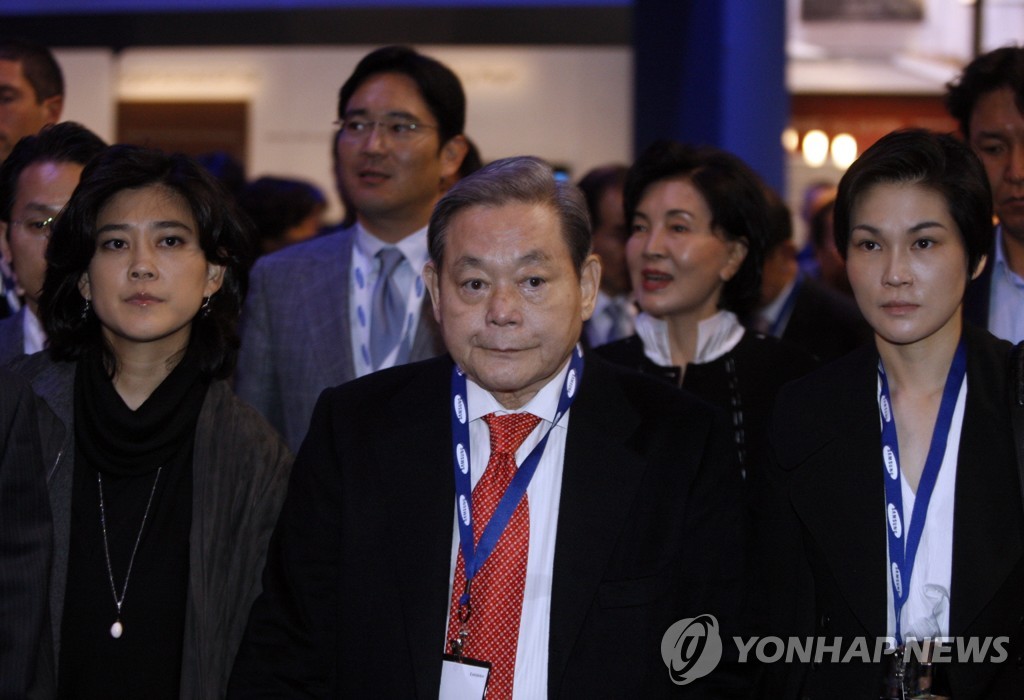 The heirs also said they will return some of the late chief's wealth to the community.

The family said 700 billion won will be donated to help the country overcome the novel coronavirus pandemic, with 500 billion won earmarked to build the country's first hospital fully dedicated to infectious diseases.

The rest will be used for research on vaccines and treatment and the construction of a national research center for epidemic diseases.

The family will also give 300 billion won to supporting children suffering from cancer and rare diseases. The money will be used for around 17,000 young patients for the next 10 years.

Samsung added that around 23,000 art pieces of Lee's art collections, including national treasures and famous paintings, will be donated. The donated artworks are believed to be worth around 1-2 trillion won.

Of them, 21,600 ancient cultural properties, including 60 state-designated assets, will be donated to local museums.

Around 1,600 contemporary art pieces will be donated to the National Museum of Modern and Contemporary Art as well as other art centers in the country.

Shares in Samsung affiliates fell on the Seoul bourse.