SEOUL, April 28 (Yonhap) -- The defense ministry said Wednesday it is trying to secure new "large-scale" firing ranges for the U.S. Forces Korea (USFK) as the American military has complained about limited access to the existing ones due to strong protests from residents.

In a report presented to the National Assembly, the ministry said that it will push to secure large-scale training sites as replacements of the existing ranges as part of its longer-term plan to resolve ongoing conflicts between the USFK and residents.

Those new sites would have "a buffer zone" to help minimize noise and safety concerns, it added.

Residents near the USFK's Suseong firing range in the southeastern city of Pohang have lodged strong complaints over noise, tremors and other safety issues, prompting the U.S. military to suspend live-fire exercises involving Apache attack helicopters since late last year.

USFK was also forced to suspend drills at Rodriguez Live Fire Complex in Pocheon, around 45 kilometers north of Seoul, as residents there have demanded its closure, saying that they have long suffered from noise, unexploded ordnance and other damage caused by those drills.

"We will continue to communicate with residents, and devise measures to resolve the issue, along with working on a longer-term plan," the ministry said. It did not specify the candidate sites.

Last year, the defense ministers of the two countries agreed that continuous training opportunities for USFK are critical to maintaining a strong combined defense posture, and they "committed to set tangible milestones for the development of a combined joint multi-purpose live-fire training complex," according to a joint statement. 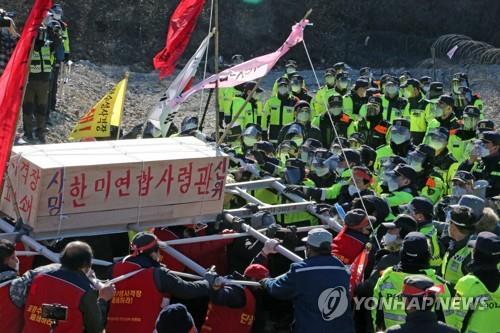 The North Korean military has also stepped up efforts to crack down on illegal Chinese fishing boats in its waters in the Yellow Sea, according to the report.

"In the wake of an increase in activities (by North Koreans) for fishing and farming in border areas, our military has strengthened a readiness posture to deter possible border-crossing attempts.

As for the ongoing push for the wartime operational control (OPCON) transition, the ministry said it will push to carry out a planned Full Operational Capability (FOC) test "at the right time."

The FOC test, a crucial step for the transition, was supposed to be held last year as part of combined training, but Seoul and Washington failed to do so amid the COVID-19 situation. 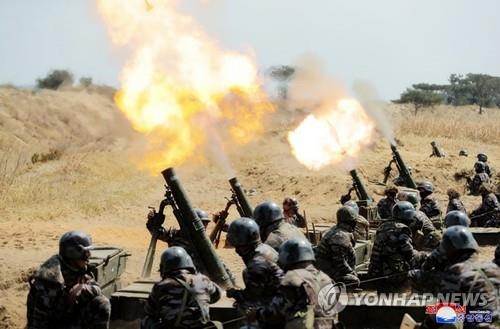