According to the Gyeonggi Nambu Police Agency, just south of Seoul, the suspects defrauded four South Koreans -- three women and one man -- of about 120 million won (US$107,900) in total after the two befriended the victims online under fake identities.

One of the suspects falsely introduced himself as a U.S. military surgeon based in Yemen to a South Korean woman he met on a social network service in January.

After a month of friendly online exchanges, the Nigerian man allegedly tricked her into sending him a total of 51 million won for his fake project to ship gold bars to South Korea.

The other Nigerian falsely posed as an employee at the U.S. National Aeronautics and Space Administration (NASA) and a female U.S. soldier to trick one woman and a man, police said.

The police said whether they were working together has yet to be confirmed as both of them were denying the charges.

Including the latest cases, the Gyeonggi Nambu Police Agency is currently looking into 57 romance scam cases reported since January.

The police are expanding the probe to see if the cases involve any larger fraud organizations. 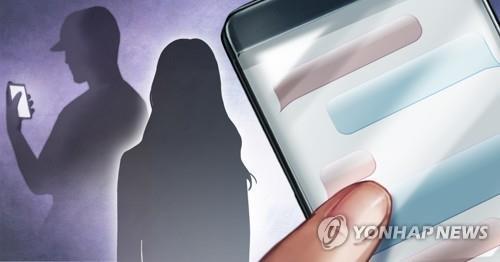