Cheong, who was given the title of cardinal in 2006 by Pope Benedict XVI, passed away Tuesday night at the age of 89. He was the second Catholic cardinal in Korea after late Cardinal Stephen Kim Sou-hwan.

Cheong's body, dressed in a white robe, was laid in a glass coffin before the alter during a Requiem Mass at Myeongdong Cathedral in central Seoul slightly after midnight Tuesday. 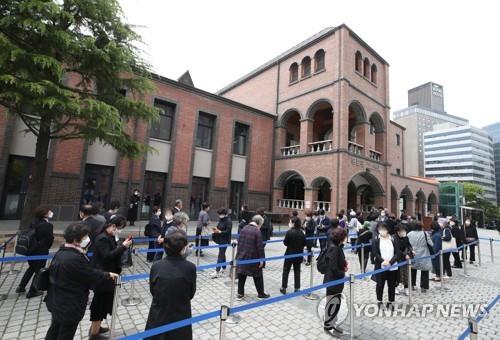 Beginning at 7 a.m. Wednesday morning, people have been lining up to enter the cathedral, the seat of the Catholic Archdiocese of Seoul, and pay their last respects to Cheong, who served as the archbishop of Seoul for 14 years from 1998.

They have been praying in front of the glass coffin at the main chapel, while Masses have been taking place every hour.

"It's heartbreaking that we lost our big leader," 55-year-old Catholic Kim Young-sook said. "I came here early in the morning to see him. I will always remember him."

"I respect him as he was a good writer and a man of great learning," Choi Chul-ho said. "May he rest in peace." 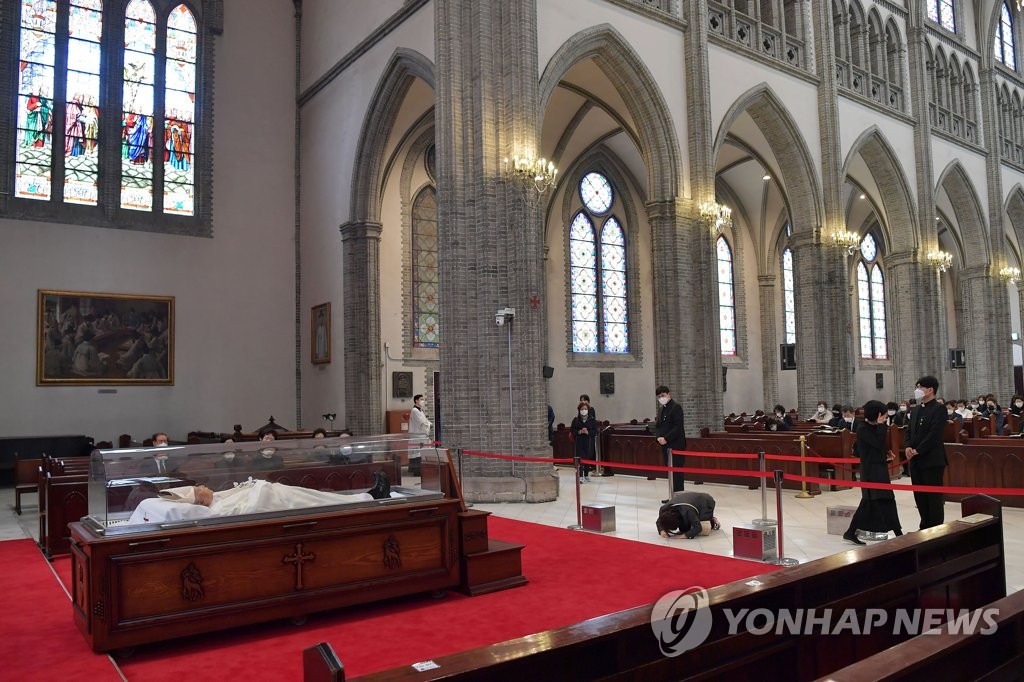 The Catholic Archdiocese of Seoul said earlier that it would receive mourning fellow priests and believers through Friday, a day before the funeral.

But it also asked them to refrain from visiting the cathedral, considering the tight social distancing guidelines amid the COVID-19 pandemic.

Cardinal Andrew Yeom Soo-jung, the incumbent Catholic archbishop of Seoul, said in memoriam that he will remember Cheong's love forever.

"Cardinal Cheong stressed that happiness is God's word," Cardinal Yeom said. "He left us the holy legacy of love and sharing through his beautiful life." 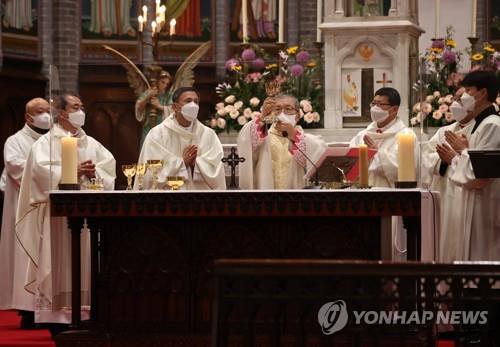 "He served as the president of the CBCK from 1996 to 1999 and became a cardinal in 2006," Bishop Mathias Lee Yong-hoon, the CBCK president, said in a eulogy. "For 14 years as the Catholic archbishop of Seoul, he devoted himself to advocate the movement of respect for life and lead outreach campaigns."

He also honored Cheong for his dedication to writing and publications. In particular, he led a project to translate the 1983 Code of Canon Law into the Korean language and published 15 volumes of commentary on the Code of Canon Law.

The Catholic Diocese of Cheongju, where Cheong served as bishop for nearly 30 years from 1970, expressed deep condolences.

"When I met him last October, he missed Cheongju, saying it's like his first love," a representative of the diocese said. "He laid the cornerstone for the diocese of Cheongju. I hope God will grant him rest."

Other religious communities joined the mourning.

The United Churches of Korea (UCCK) said the Protestant churches remember Cheong's dedication and commitment to the prolife movement.

"Cheong led the Catholic Church through the prolife campaign and completed his life with organ donation," the UCCK said in a statement. "We hope this society will remember his efforts to protect life and family for good."

Won Buddhism also released a statement, saying that Cheong's love and gratitude paved the way for people to live a happy life.

"We pray that he will be happy in the arms of God," it added. 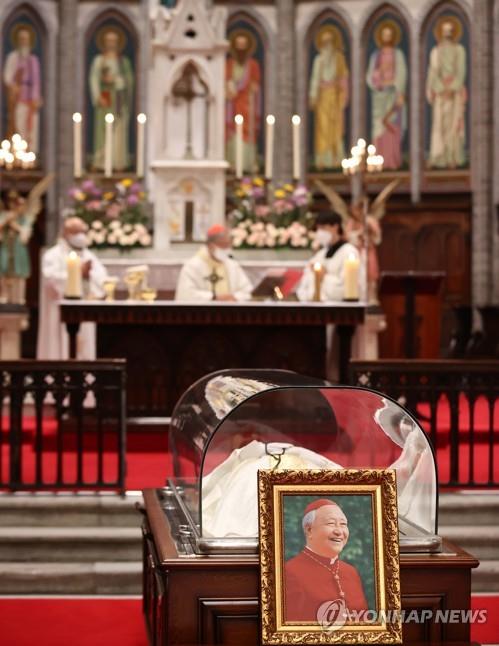 Doctors from Seoul's St. Mary's Hospital said he died peacefully in his sleep.

"He used to say thank you and sorry when he regained his consciousness," one of the doctors said. "He told us to live for others, not for ourselves."

He had been hospitalized at the institution since February due to an unspecified ailment and overcame critical, life-threatening maladies in March.

They also said Cheong's donated eyes will be used for ophthalmological research.

Upon his death Tuesday, surgeons removed them in accordance with his will to donate his organs.

The late cardinal agreed to donate his organs in 2006.