SEOUL, April 29 (Yonhap) -- South Korea's daily new virus cases fell back to below 700 on Thursday, but sporadic cluster infections and the rising number of untraceable cases still indicate a further rise in infections.

The daily caseload was 775 the previous day, soaring from 500 cases and 512 cases tallied on Monday and Tuesday, respectively, which were largely attributable to fewer tests over the weekend.

The country added four more deaths, raising the total to 1,825.

Later in the day, health authorities and local governments reported 610 new virus cases as of 9 p.m., down 20 from the same time on Wednesday.

Amid growing concerns over the fourth wave of the pandemic, South Korea has designated this week as the so-called special preventive period.

Health authorities are set to announce Friday whether they will maintain the current level of social distancing. 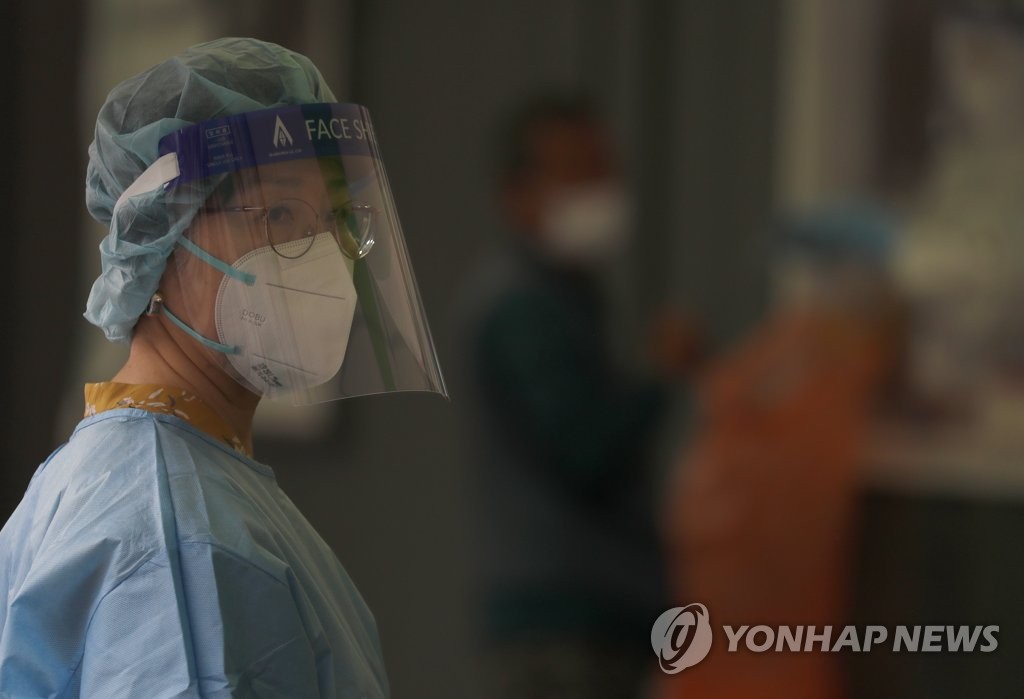 Currently, the greater Seoul area, where more than half of the country's 52 million people reside, is under Level 2 social distancing, the third highest in the five-tier scheme, with the rest of the country under Level 1.5.

Gatherings of five or more people are banned nationwide. The current distancing is effective through May 2.

Authorities said although the current COVID-19 situation is manageable, the country may extend the social distancing measures again to prevent the further spread of the virus.

South Korea has been grappling with sporadic cluster infections, coupled with the rising number of cases with unknown transmission routes.

The proportion of virus cases with unknown transmission routes stood at 29 percent over the past two weeks as of Thursday.

South Korea has inoculated more than 3 million people, health authorities said, as the country ramps up its COVID-19 immunization drive to create herd immunity by November.

A cumulative 3,012,654 people were administered with their first shots as of 3:30 p.m. since the nationwide campaign kicked off on Feb. 26, accounting for roughly 5.6 percent of the country's 52 million population, the KDCA said.

A total of 15,000 cases of side effects after vaccinations have been reported, up 433 from a day earlier, but 98.1 percent were mild symptoms, including muscle pain and fever, according to the KDCA.

A total of 73 deaths after vaccinations have been reported, up five from the previous day.

Health authorities aim to vaccinate 12 million by the end of June. The country targets to inoculate 70 percent of the country's population with the first dose of the vaccine by September and achieve herd immunity by November.

Of the newly locally transmitted cases, 225 came from Seoul, 176 from Gyeonggi Province and 22 from Incheon, 40 kilometers west of the capital.

A new infection cluster emerged at a nursing home in the central city of Daejeon, where a total of 18 people were confirmed to be infected Thursday.

After some of the facility's residents tested positive earlier in the day, health authorities conducted testing of its all 38 residents and 28 workers. Of them, 17 residents and one worker were diagnosed with COVID-19, they said.

There were 30 additional imported cases, raising the total to 8,302. 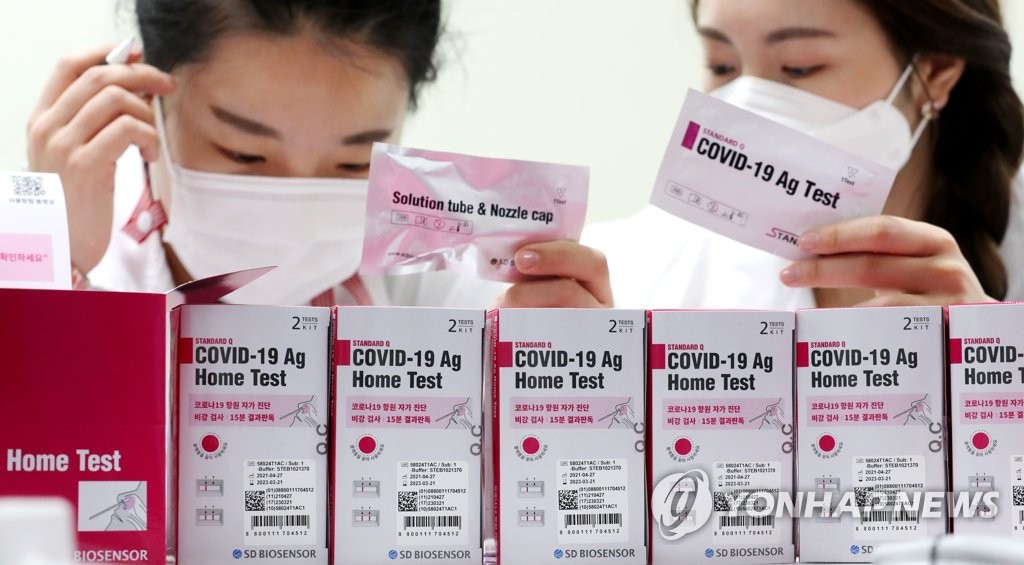 Of the imported cases, India accounted for seven, followed by Kazakhstan with three. There were also infections among arrivals from the Philippines, Bangladesh and Nepal.

The number of patients under serious or critical conditions came to 157, down three from the previous day.

The total number of people released from quarantine after making full recoveries was 110,787, up 539 from a day earlier. This indicates 91.3 percent of COVID-19 patients reported here being cured.

Starting Thursday, the country kicked off sales of home COVID-19 test kits. Authorities, however, said those who test positive from the home kits should still visit official test centers.

(3rd LD) New cases fall back to below 700; virus curbs likely to be extended

(3rd LD) New cases fall back to below 700; virus curbs likely to be extended