WASHINGTON, April 29 (Yonhap) -- North Korea is likely to stage military provocations that may include a nuclear test to put pressure on the United States and its allies, top U.S. intelligence officials said Thursday.

Lt. Gen. Scott Berrier, director of the Defense Intelligence Agency, said the type and scope of the North Korean provocation will depend on how much pressure North Korean leader Kim Jong-un believes he needs to put on the U.S. and South Korea.

"We expect the Kim regime will initially avoid provoking the United States or undermining potential diplomatic engagement as it gauges the new U.S. administration's policy approach to North Korea," the three-star Army general said in a statement submitted to the Senate Armed Services Committee before a committee hearing on worldwide threats.

"Pyongyang probably would then seek to justify actions it is planning by using U.S. pressure or joint U.S. military exercises with South Korea as a pretext for testing an ICBM, SRBM, LACM or SLBM, demonstrating a massed SRBM, long-range artillery, or multiple rocket launcher volley; conducting a cyberattack; or possibly detonating another nuclear device—in order to demonstrate North Korean strength and resolve," he added. 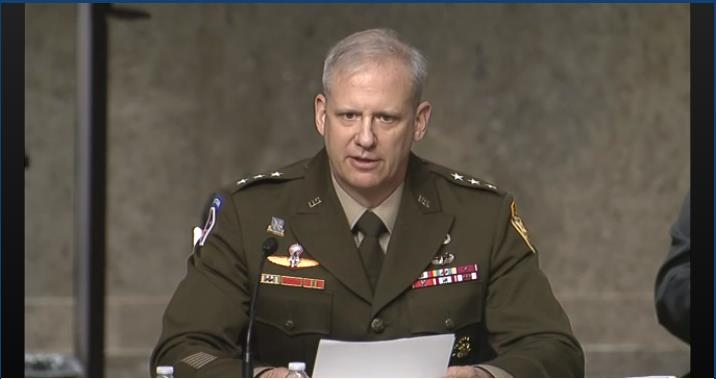 "North Korea may take aggressive and potentially destabilizing actions to reshape its security environment and will seek to drive wedges between the United States and its allies," she testified in Thursday's hearing. "These efforts could include the resumption of nuclear weapons and intercontinental ballistic missile testing."

North Korea last conducted a nuclear test in September 2017, followed by a series of launches of intercontinental ballistic missiles (ICBMs) that can reach the continental U.S.

It has maintained a self-imposed moratorium on nuclear and long-range missile testing since November 2017, but said in 2019 that it is no longer bound by such restrictions.

Berrier said Pyongyang has continued and will continue to advance its weapons capability.

"Despite international sanctions, North Korea will continue to modernize and increase the survivability, lethality, and diversification of its missile force," he said in his submitted statement. "As North Korea continues its pursuit of more advanced ICBM capabilities, it will pose a greater threat to targets in North America."

While Berrier noted the North has the capability to mount an attack on South Korea or U.S. Forces Korea, he said the North Korean military "lacks the overall capability to reunify the Korean Peninsula or support a sustained conflict."

"North Korea remains an arms supplier to a small group of countries, including Iran, Syria, and Uganda," he said, citing the North's need for foreign currency amid stern U.N. Security Council sanctions.

"Given past customer interest and Pyongyang's need for foreign currency, North Korea almost certainly continues to offer some missile technologies and expertise to countries of concern," Berrier added.