SEOUL, April 30 (Yonhap) -- Samsung Electronics Co. lost its leading position in the global 5G smartphone market to rank fourth in the first quarter of the year, a report showed Friday, as Apple Inc. and Chinese makers expanded their presence with new devices.

Samsung's share in the 5G smartphone market stood at 12.7 percent in the January-March period, down from 34.6 percent a year ago, according to market researcher Strategy Analytics.

The South Korean tech giant shipped 17 million 5G smartphones in the first three months of 2021, up 105 percent from a year earlier, but it was not enough to defend the top spot as its rivals outperformed the company in the fast-growing 5G handset market.

"The surge in the 5G volume in China, allied with the Apple factor, inevitably had a negative impact on Samsung's share despite impressive product diversity from Samsung in 5G," Woody Oh, a director at Strategy Analytics, said. 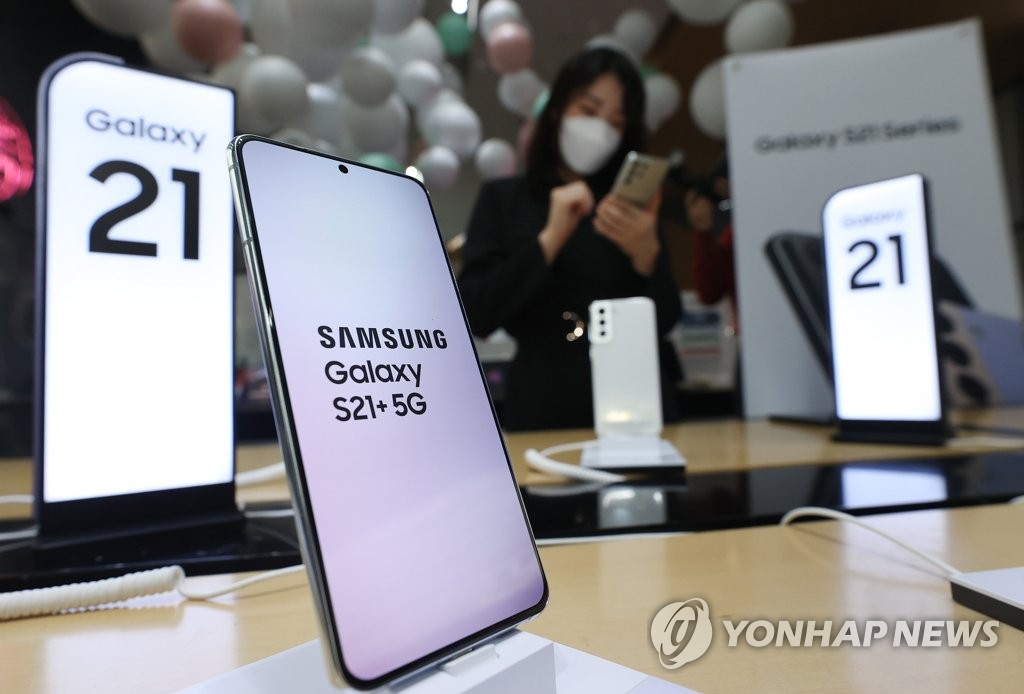 Apple was the No. 1 player in the first quarter with a market share of 30.2 percent after shipping 40.4 million 5G iPhones. The U.S. tech titan released its first-ever 5G handset, the iPhone 12, last October.

"Apple's iPhone 12 5G is proving wildly popular across China, Europe and the United States, due to its sleek hardware design and surprisingly competitive pricing," it said.

Oppo's market share more than doubled from 7.1 percent to 16.1 percent to claim the runner-up spot in the first quarter. Its 5G smartphone shipments reached 21.5 million units, skyrocketing from 1.7 million units a year ago.

Vivo came in third with a market share of 14.5 percent after shipping 19.4 million smartphones, up 646 percent from a year earlier.

Xiaomi was the No. 5 player with a 12.4 percent share as its 5G smartphone shipments soared 564 percent on-year to 16.6 million units in the first quarter, Strategy Analytics data showed.