SEOUL, April 30 (Yonhap) -- North Korea dropped the name of late national founder Kim Il-sung from the title of its largest youth organization and put the word "socialist" back into the title, according to state media Friday, a move aimed at tightening ideological discipline of younger generations.

The Kimilsungist-Kimjongilist Youth League, governed by the ruling Workers' Party, was renamed as the Socialist Patriotic Youth League (SPYL) at the 10th congress in Pyongyang, according to the Korean Central News Agency.

North Korean leader Kim Jong-un sent a letter congratulating the youth league and said the renaming of the group was "deeply considerate of the fresh requirements of the Korean revolution and development of the youth movement, and the unanimous will and desire of the youth league officials and the youths."

The SPYL, however, stressed that the group will continue to model Kimilsungism-Kimjongilism as its goals and general tasks, and to regard loyalty to current leader Kim as its lifeline.
The latest change marks the removal of the late leader's name from the title after 25 years. From 1996 to 2016, the group was called the Kim Il Sung Socialist Youth League, named after the country's late founder and grandfather of the current leader.

The group changed its name to Kimilsungist-Kimjongilist Youth League in 2016, adding Kim Jong-il, the late former leader and father of current leader to its title.

The SPYL also reintroduced the term "Socialist" into its latest name in five years as the regime has stepped up efforts to tighten ideological discipline amid concerns about younger generations' increasing exposure to outside influences.

Leader Kim attended a photo session with the participants of the congress meeting, which concluded Thursday. Top officials accompanied Kim, including Jo Yong-won, secretary for Organizational Affairs of the party's Central Committee.

The youth league was created by Kim Il-sung in 1946, with its current membership presumed to be around 5 million. 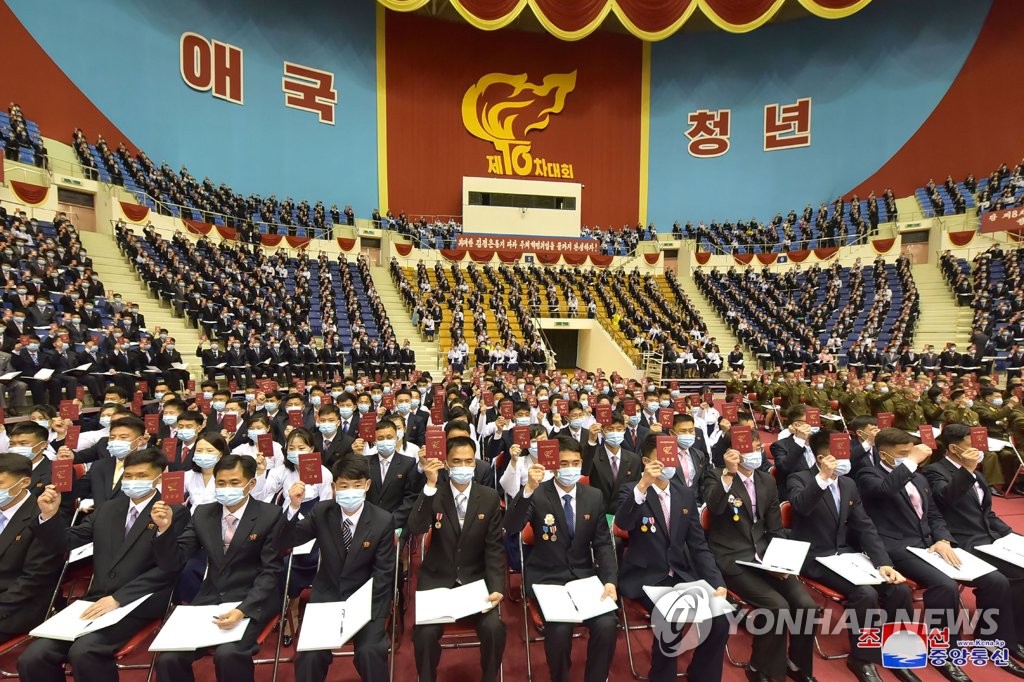