SEOUL, April 30 (Yonhap) -- President Moon Jae-in's approval rating dropped below 30 percent for the first time since his inauguration in May 2017, a Gallup Korea poll showed Friday.

In its three-day survey from Tuesday of 1,000 adults nationwide, 29 percent of respondents supported Moon's leadership, down 2 percentage points from a week earlier.

His approval rating has been on the decline since recording 40 percent in the first week of March.

The proportion of those disapproving of his presidency stayed at 60 percent. On reasons for negative assessment, real estate policies topped the list with 28 percent followed by the government's response to the COVID-19 pandemic with 17 percent. Nine percent cited lack of progress in addressing problems related to the economy and the people's livelihoods, according to Gallup. 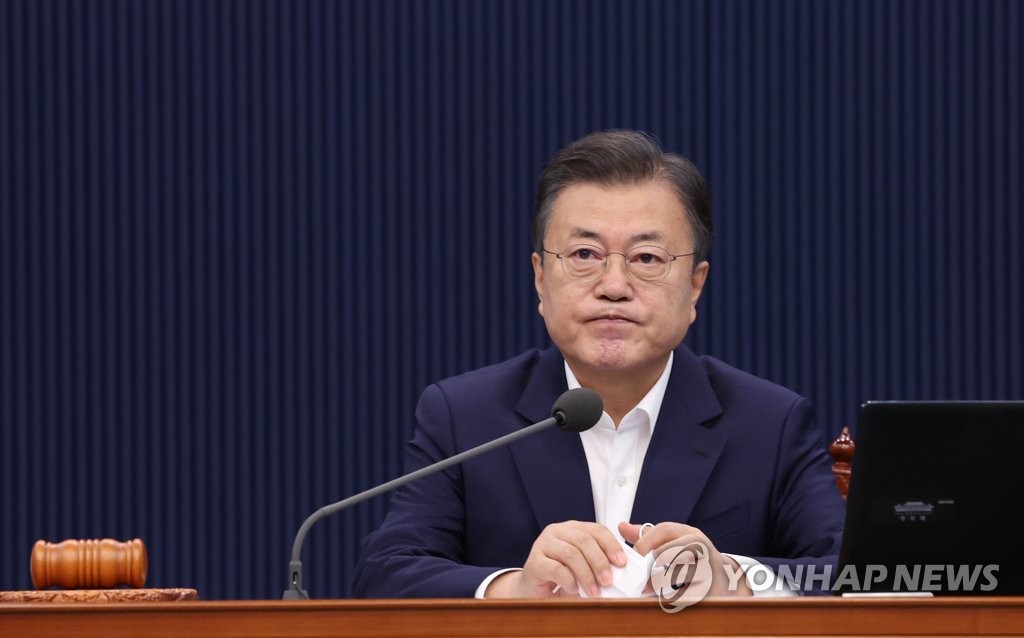 Public support for the ruling Democratic Party gained 1 percentage point to 33 percent, while that for the main opposition People Power Party remained unchanged at 28 percent.

The margin of error in Gallup's tracking poll is plus or minus 3.1 percentage points with a confidence level of 95 percent.