SEOUL, April 30 (Yonhap) -- A North Korean defector group claimed Friday it has sent anti-Pyongyang leaflets across the border in defiance of a ban enacted recently over concern such a leafleting campaign could provoke the North and endanger the safety of people in border regions.

Fighters for a Free North Korea led by Park Sang-hak, a vocal North Korean defector, said that the group flew 10 large balloons carrying around 500,000 leaflets, 500 booklets and 5,000 US$1 bills from unidentified border areas in Gyeonggi and Gangwon Provinces from Sunday to Thursday.

This marked the first time that a local activist group claimed to have sent anti-Pyongyang leaflets since the leafleting ban went into effect late in March. Under the ban, violators are subject to a maximum prison term of three years or a fine of 30 million won (US$27,400).

The activist group denounced the ban as "the worst law ever intended to gaggle the voice of people" and crack down on defectors trying to liberate their compatriots in the North struggling under dictatorship.

The ban came months after the North blew up an inter-Korean liaison office in the border town of Kaesong in anger over Seoul's failure to stop such leafleting. Critics have claimed the legislation is tantamount to caving to Pyongyang's pressure.

The Seoul government has said that the prohibition is necessary to protect the lives and safety of residents living in the border areas as such leaflets could provoke the North.

The unification ministry handling cross-border affairs said that it is working to confirm the group's claims and will address the matter in accordance with the spirit of the law. 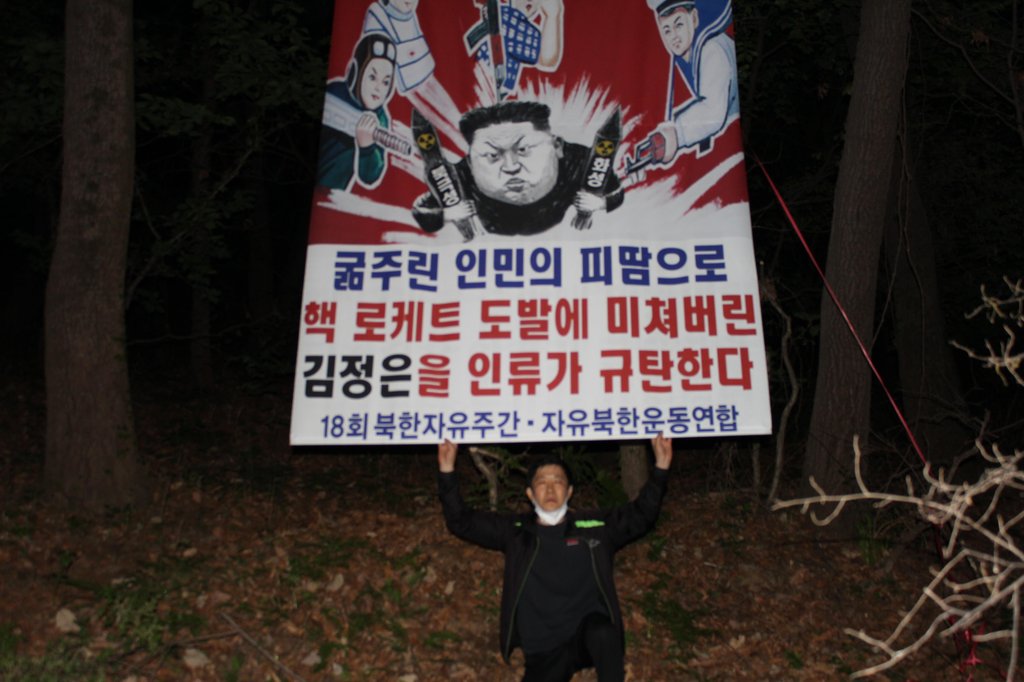