SEOUL, April 30 (Yonhap) -- Police raided the headquarters of a major dairy firm on Friday as part of a probe into allegations that it exaggerated anti-coronavirus effects of its yogurt products.

The Seoul Metropolitan Police Agency said it had been conducting searches at the headquarters and five other facilities of Namyang Dairy Products Co., including a laboratory in the central city of Sejong, since 9:30 a.m.

The operation came after the Ministry of Food and Drug Safety filed a complaint on April 15 against Namyang on charges of violating the Act on Labeling and Advertising of Foods, which bans advertisements from carrying information that leads consumers to falsely believe certain products could prevent or cure diseases. 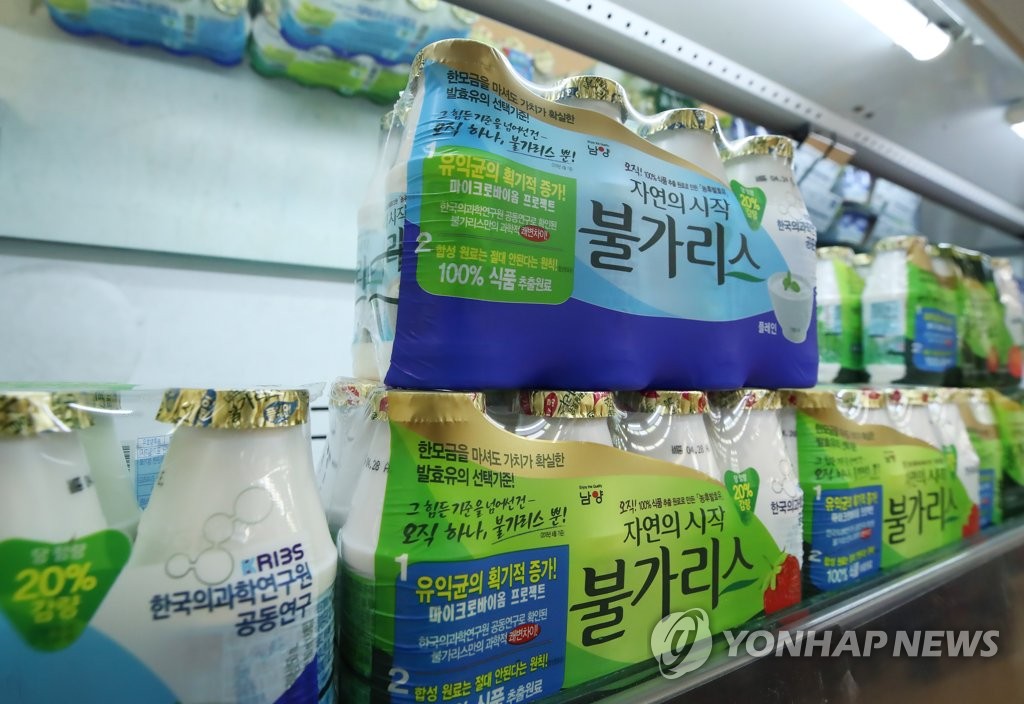 Earlier that week, the company claimed at a symposium that its yogurt product line was highly effective in suppressing influenza and the novel coronavirus.

The drug safety agency said Namyang drew up the result without going through animal testing and clinical trials and that it also misled consumers into believing the company's entire product line of Bulgaris, which has seven products in total, had antiviral effects, though the lab test involved only one of them.

One day after the complaint was filed, Namyang issued an apology for causing confusion but reiterated that its products were shown to be effective in containing viruses at early stages of the experiment.

The police said they were investigating how the company joined the symposium and whether it used false advertising on purpose.

"We are looking into allegations raised by the drug safety agency, not the suspicion that the company tried to manipulate its stock prices through false advertising," an official from the agency said.

The claims about antivirus effects sharply, and briefly, boosted Namyang's stock prices and sales of its products. Some investors alleged that the company had intended to lift its stock prices.

Earlier this month, the municipality of Sejong notified Namyang in advance that it will be banned from operating its factory in the city for two months for violating the food labeling and advertising act. The final decision will be made in the coming days.