During the talks held Thursday (Hawaii time), South Korea's JCS Chairman Gen. Won In-choul, Gen. Mark Milley of the U.S. and Gen. Koji Yamazaki of Japan shared concerns over the North's nuclear and missiles programs and discussed the "importance of promoting a rules-based international order in the region," according to the military.

Won stressed that the three countries' cooperation is crucial for peace and security on the Korean Peninsula and in the Northeast Asia region, while Milley reaffirmed the U.S.' "ironclad commitment" to defend its two allies.

Yamazaki underlined the importance of trilateral cooperation for the implementation of U.N. Security Council resolutions.

"They agreed to continue working together to address mutual security issues and increase multilateral cooperation in order to enhance peace and stability in the region," the military said in a release.

It was Won's first face-to-face trilateral talks with Milley and Yamazaki since his inauguration in September last year. The three last met via a videoconference in November.

During his stay, Won is also scheduled to have separate talks with Milley and other senior U.S. military officials to enhance alliance cooperation and will return home Monday after attending the change-of-command ceremony of the U.S. Indo-Pacific Command in Hawaii. 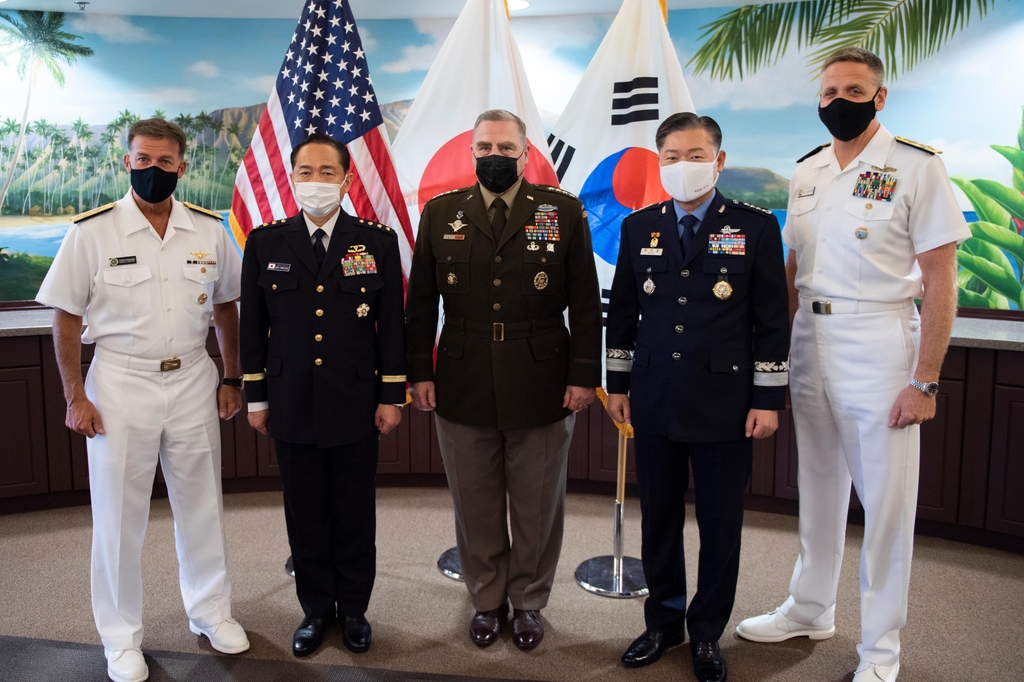