The U.S. is working to upgrade its Terminal High Altitude Area Defense (THAAD) batteries around the world, including one in South Korea, to add advanced radar and to integrate the system with Patriot missiles.

According to the report by the U.S. Government Accountability Office (GAO), the Missile Defense Agency (MDA) and the U.S. Army carried out two flight tests in the fiscal year 2020 designed to make the Patriot system launch an interceptor using a THAAD AN/TPY-2 radar.

But they were unsuccessful due to software problems, the GAO said, adding that the agency initially planned nine flight tests involving those assets but seven of them were postponed amid the COVID-19 pandemic.

Last month, U.S. Forces Korea (USFK) Commander Gen. Robert Abrams said that two "specific capabilities" will be available in South Korea this year in addition to one that is already in place.

Experts say the existing system that Abrams was referring to could be the THAAD system installed in the central town of Seongju and that at least one of the two "specific capabilities" could be related to the integration of the THAAD and Patriot systems.

The integration is expected to increase the coverage area of the Patriot batteries.

The U.S. missile agency was also able to deliver 82 out of 132 planned missiles around the world last year. Of the assets delivered, 42 were THAAD interceptors.

As an integral part of the U.S.' missile defense system, THAAD is a mobile, ground-based system designed to defend against short-, medium-, and limited intermediate-range missiles at a high altitude in their terminal phase. It uses a battery that consists of interceptors, launchers, radar, and fire control and communication systems. 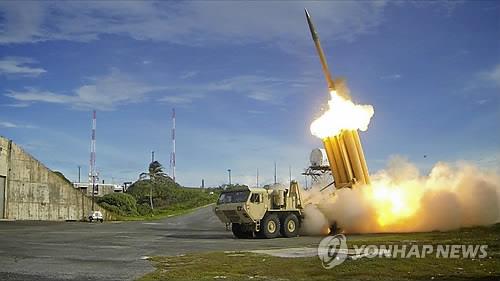