Kim, based in the southeastern city of Ulsan, secured 66 of the 100 ballots cast in the party's runoff voting to become the new floor leader, defeating rival Rep. Kim Tae-heum.

He will replace Rep. Joo Ho-young, who is retiring as floor leader and acting party chairman.

One of the most urgent issues facing Kim in the new post is the party's ongoing negotiation with the conservative minor People's Party over a possible merger ahead of next year's presidential election.

Kim will also be acting as the party's chairman until a new leader is elected in a party congress slated for early June at the earliest.

"I will pour my efforts to making a dynamic People Power Party," Kim said in his acceptance speech. He also pledged to reach out more to the public and increase communication among the party's lawmakers.

In a following meeting with reporters, Kim mentioned procuring COVID-19 vaccines, reining in the housing market and boosting employment as the imminent challenges facing his party.

"I will focus my energy on efforts to secure vaccines, including dispatching an envoy to the U.S. at the National Assembly level," he said.

As for the ongoing merger move with the People's Party, he said any party integration should be carried out in a way that maximizes synergy. 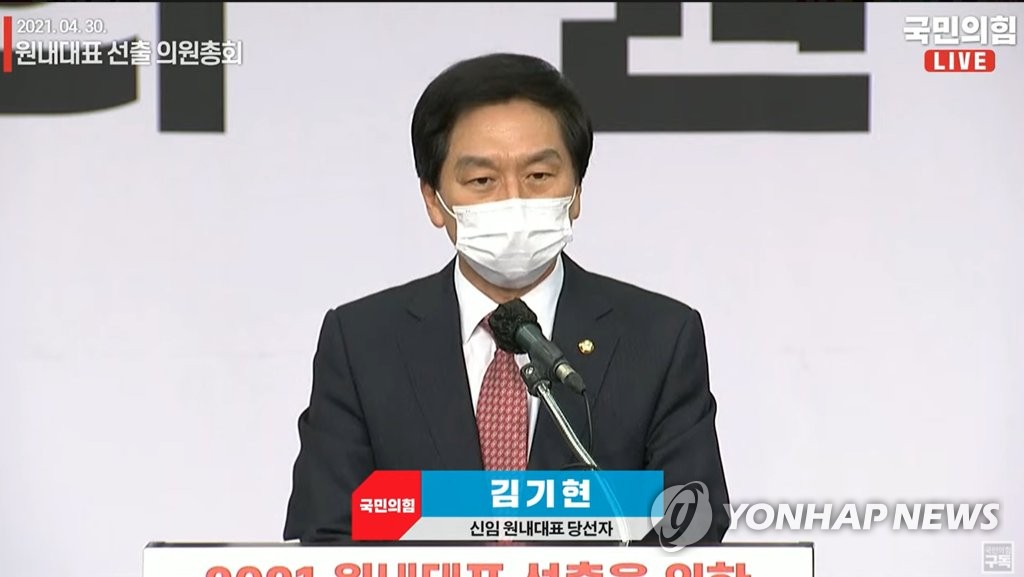