SEOUL, April 30 (Yonhap) -- President Moon Jae-in said Friday that it is highly meaningful for the National Assembly to have passed a long-stalled bill intended to prevent civil servants from taking advantage of their positions for private gain.

A "systemic framework" for high integrity of the public sector has been established, he wrote on his social media accounts.

Once the law is enforced, it will play a big role in staving off corruption by public officials, such as real estate speculation and unfair hiring based on private interests, he said. 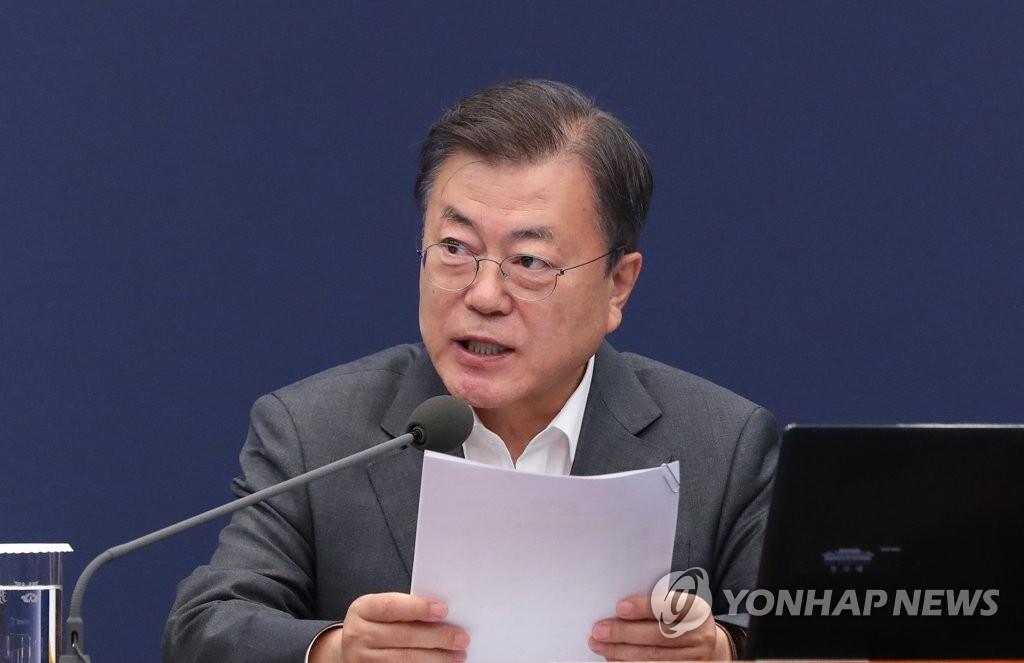 The previous day, lawmakers approved the bill, first proposed formally in 2013, on prohibiting officials from seeking private advantage by use of their authority or information gained on the job. Violators will face up to 7 years in prison or a maximum of 70 million won (US$63,000) fine.

The legislation adds to the so-called Kim Young-ran anti-graft law introduced in 2016.

"It is very meaningful in that both preventive and response measures against corruption have been established," Moon noted.

He agreed that a property speculation scandal involving some officials at the Korea Land and Housing Corp. (LH) has served as a driving force for the passage of the bill on conflict of interest, which is expected to serve as a chance for enhancing the transparency and fairness throughout South Korean society.

The LH officials are accused of having used undisclosed information for the purchase of undeveloped land around Seoul, where the government plans to build new residential towns. Police are investigating the allegations that were revealed in March by civic groups.