SEOUL, April 30 (Yonhap) -- South Korean actor Song Joong-ki will communicate with his fans across the world on YouTube next week, his management agency said Friday.

The 36-year-old heartthrob will host a live YouTube session, titled "Song Joong-ki, Live," on his agency's official channel at 8 p.m. on May 7 "to return the love and support he received from his fans," HiStory Co. said.

Song rose to international stardom for his lead role in the 2016 hit romance drama "Descendants of the Sun." Most recently, he has played a Korean Italian mafioso in the popular black comedy drama "Vincenzo," scheduled to air its last episode on Sunday. 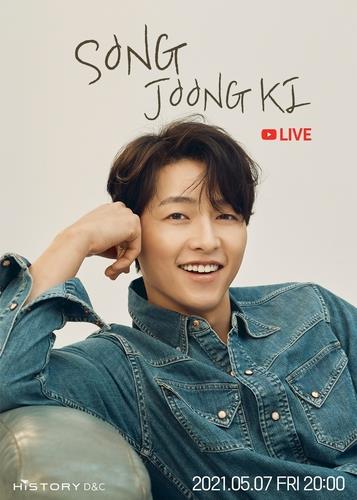 Actor Song Joong-ki to meet fans on YouTube next week

Actor Song Joong-ki to meet fans on YouTube next week