SEOUL, April 30 (Yonhap) -- Unionized workers at Renault Samsung Motors Corp. held a strike at the company's sole domestic plant on Friday to demand a wage hike for the year of 2020 amid the coronavirus pandemic, the union said.

Renault Samsung's 1,900-strong union staged a general strike at the Busan plant, 450 kilometers south of Seoul, as they are not satisfied with the company's proposals, a union spokesman said.

The union said it has asked the company to continue wage talks on May 6-7 and has yet to decide owhether to stage an industrial action next week.

From January to March, Renault Samsung's sales fell 22 percent to 22,068 vehicles from 28,390 units in the same period of last year due mainly to lack of new models.

In a message sent to employees in February, Renault Samsung Chief Executive Officer Dominique Signora said restructuring will be "inevitable" for the company's survival amid the prolonged pandemic and lower demand for its models.

"There is an urgent need to cut costs (through restructuring) to ride out this crisis as the company's overall vehicle sales fell to the lowest level in 16 years since 2004. In particular, exports plunged by nearly 80 percent last year compared to the previous year due to the halted production of the Nissan Rogue SUV in March," the CEO said.

Car assembly plants under Renault Group are required to cut manufacturing costs further to secure a new vehicle for production and additional volume for sales for survival amid the COVID-19 pandemic and a paradigm shift in the automobile industry, he said.

In January, Renault Samsung entered emergency management after reporting an operating loss of 70 billion won in 2019 for the first time in eight years. It announced its plans to cut the number of executives by 40 percent and their pay by 20 percent. It also offered a voluntary retirement program to all employees. 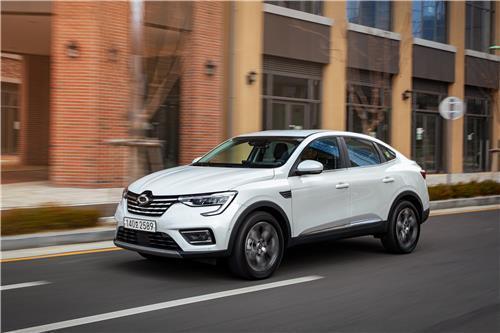