WASHINGTON, April 30 (Yonhap) -- The forum known as the Quad is not designed to deal with any single country, but the grouping of four like-minded democracies may allow the United States and its partners to better address challenges from others such as China, U.S. National Security Adviser Jake Sullivan said Friday.

Sullivan also named the recently held Quad summit as one of the most significant achievements of President Joe Biden and his administration in their first 100 days in office.

"We believe that the Quad is an incredible platform for four highly capable democracies, to deal with a range of challenges from COVID to climate to disaster relief to maritime security and to help set the rules of the road on everything from cyber and emerging technology to freedom of navigation," the top national security adviser said in a webinar hosted by the Colorado-based Aspen Institute think tank.

Biden and the leaders of Australia, Japan and India met virtually last month for the first-ever Quad summit. 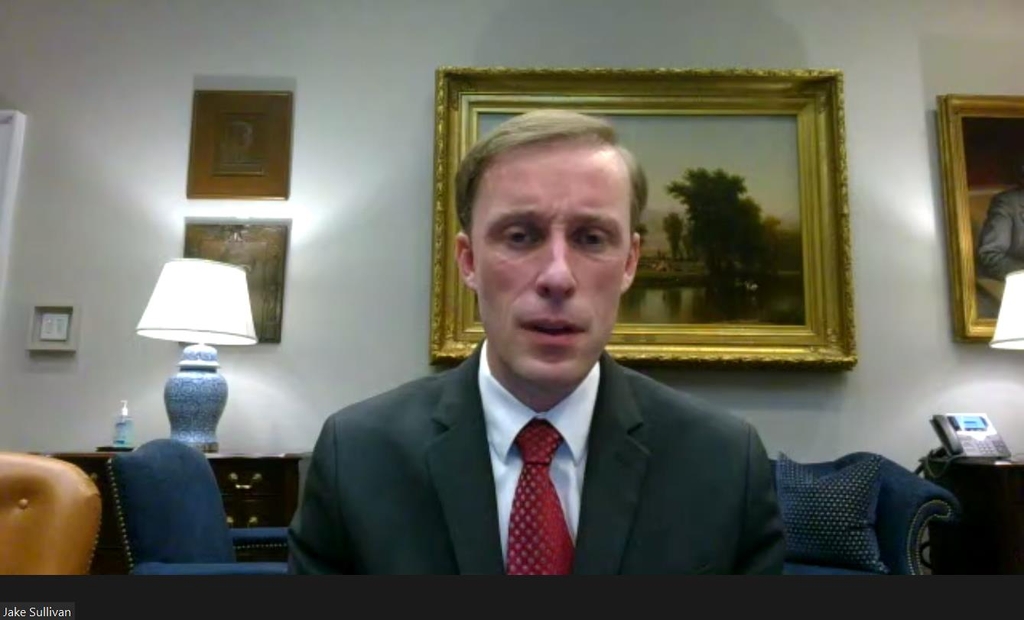 "I am very proud of what we did with the Quad summit, I thought that was just a significant moment that really set us up for success going forward," the national security adviser said of the summit.

Sullivan noted the leaders had naturally talked about China and challenges posed by the country.

"But in a way, what makes the Quad so effective is that the Quad is not fundamentally about China. It's about this affirmative agenda that these four capable democracies can set," he said. "And the outcome of that -- not the point of it, but the outcome of it -- is to create a better context and atmosphere for managing China's behavior, activities, aggression, in effective ways."

The Biden administration has said the Quad is an open platform that any like-minded country can join, while a senior U.S. official earlier said South Korea has an "open invitation."

Seoul apparently remains reluctant as it fears its membership will likely be viewed as choosing the U.S. over China, which has enormous economic influence over South Korea. China is by far the single largest trading partner of South Korea.

Sullivan said the Quad, as well as other partnerships such as EU and NATO, is not "fundamentally aimed at another country, but rather aimed at a theory of the international system that is rooted in rules-based, values-based humane approaches."

Quad is not aimed at one country, but may help better deal with China: Sullivan

Quad is not aimed at one country, but may help better deal with China: Sullivan