During the talks held on Friday in Hawaii, JCS Chairman Gen. Won In-choul and his U.S. counterpart Gen. Mark Milley exchanged views on the regional security situation and reaffirmed their commitment to security and stability in the region, according to the JCS.

"They discussed the U.S.' unwavering commitment to the Republic of Korea and the continued commitment to providing extended deterrence," the JCS said in a statement.

Calling the Korea-U.S. alliance the "linchpin" of security and stability on the Korean Peninsula and in the region, the chairmen vowed to maintain their Combined Forces' "Fight Tonight" readiness posture, it added.

Won has been in Hawaii for a four-day stay since Friday to attend the change-of-command ceremony of the U.S. Indo-Pacific Command, as Adm. Phil Davidson will be replaced by Adm. John Aquilino, who currently serves as the commander of the Pacific Fleet.

On Friday, the two chairmen joined their Japanese counterpart, Gen. Koji Yamazaki, and discussed ways to enhance trilateral ties. During his stay, Won is also scheduled to meet other senior military officers to discuss bilateral issues, his office said. 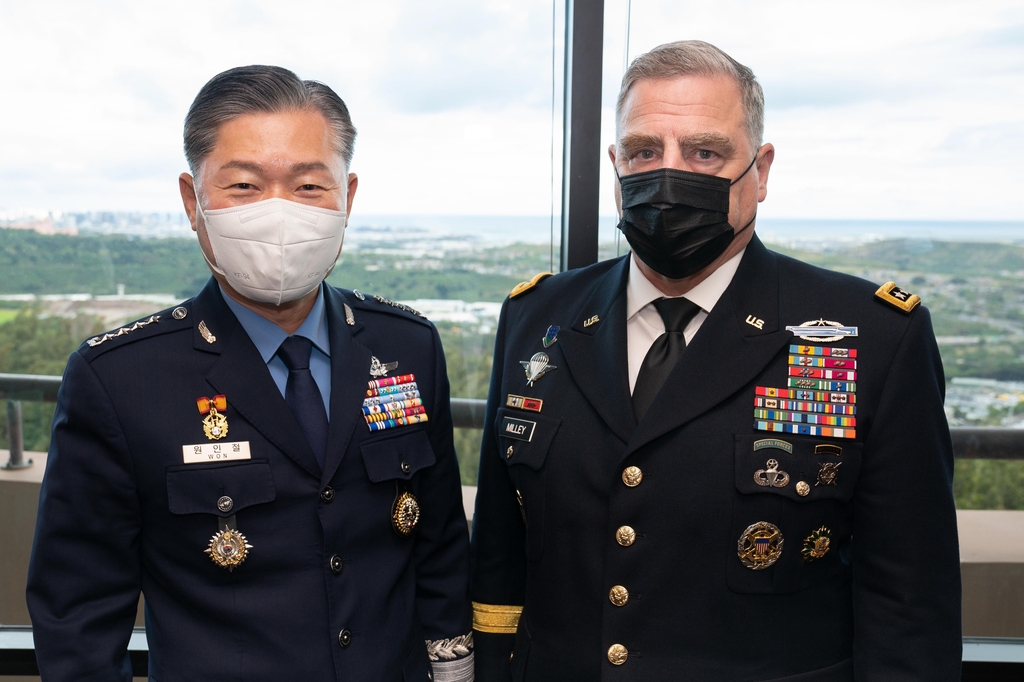