SEOUL, May 1 (Yonhap) -- Major labor unions staged rallies in Seoul and other parts of the country on Saturday to call for better working conditions and job security on the occasion of the Labor Day.

Members of the Korean Confederation of Trade Unions (KCTU), a key umbrella activist group, held a rally in Yeouido, western Seoul, saying they will hold a strike in the latter half of this year to call for a change in what they call an "unfair" society.

"We need to reshape the world in which responsibilities are shifted to workers for a change in the economic order, a reorganization of the industrial structure and even the climate crisis," Yang Kyeong-su, chief of the KCTU, said.

Rallies, albeit limited in scale due to the COVID-19 pandemic, took place in other parts of the capital.

The unions of construction workers and service workers gathered in separate demonstrations. They stressed the difficulties facing workers in distribution and other sectors and clamored for measures to improve the working environment and job security.

Labor union members also demonstrated in other cities, including Suwon, demanding that irregular jobs be replaced by permanent ones, and that safety be improved in workplaces.

Meanwhile, police said that they plan to investigate those who staged rallies on a scale larger than authorized, and those who violated anti-virus rules. 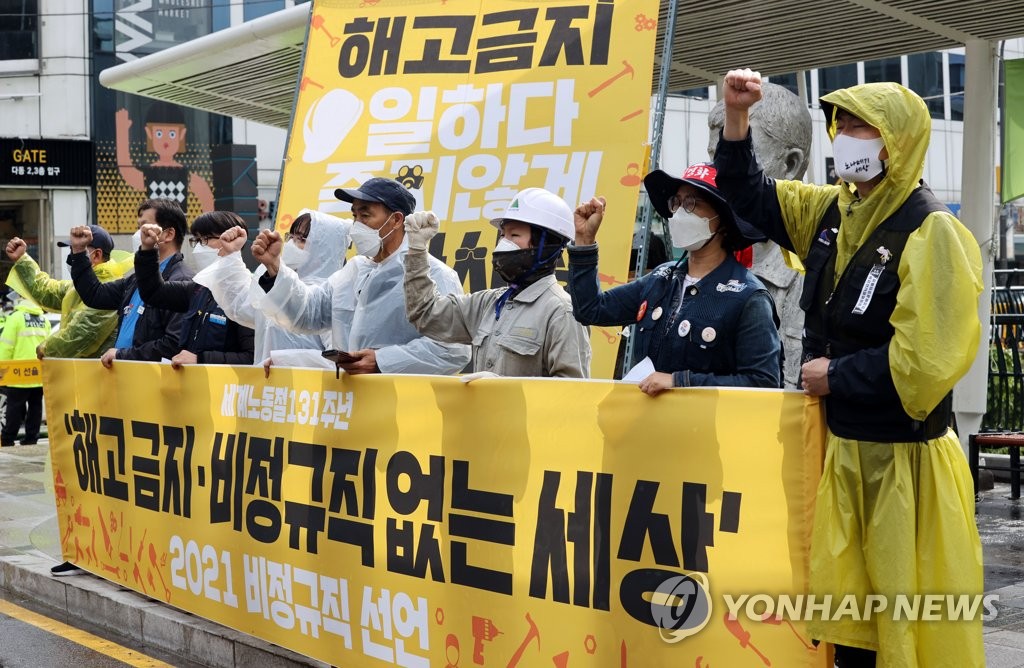