SEOUL, May 3 (Yonhap) -- President Moon Jae-in's approval rating has fallen to the lowest point since the start of his tenure in 2017, a new poll showed Monday.

Just 33 percent of South Koreans approve of his leadership, while 62.6 percent disapprove, according to a survey by Realmeter. It conducted the tracking poll on 2,523 people, aged 18 and older, nationwide for five days through last Friday.

The latest approval number marks a 0.8 percentage-point drop from a week earlier. The previous record low of 33.4 percent came in the first week of April. 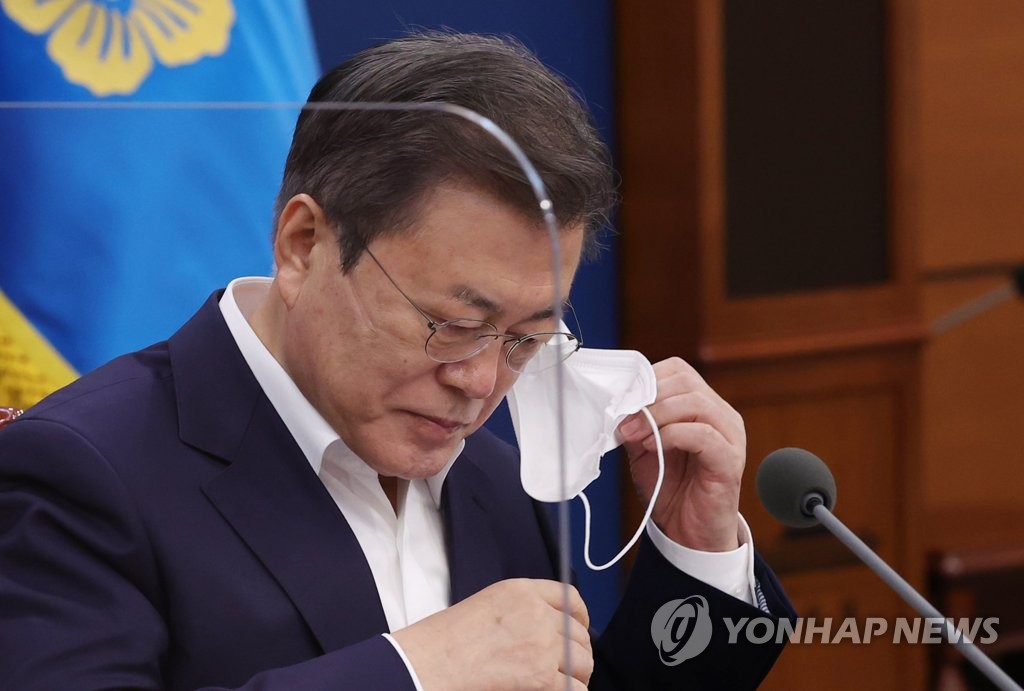 Public support for the ruling Democratic Party (DP) dived 2.9 percentage points to 27.8 percent, the lowest since the launch of the liberal administration, and that for the main opposition People Power Party gained 0.7 percentage point to 37.3 percent. The margin of error is plus or minus 2 percentage points with a confidence level of 95 percent.

The Moon administration, which has only a year left in power, is struggling to contain the spread of COVID-19 and home price hikes in major cities. Many people are also displeased with the pace of the government's coronavirus vaccination program.