SEOUL, May 3 (Yonhap) -- South Korea was to hold a launching ceremony Monday for a new 2,800-ton frigate with improved anti-submarine capabilities, the Navy said.

The new warship Daejeon is the fifth of the country's FFX Batch II frigates to replace the Navy's 1,500-ton frigates and 1,000-ton patrol combat corvettes, according to the military.

The ceremony was to be held at its manufacturer Daewoo Shipbuilding & Marine Engineering Co.'s Okpo shipyard on the southern island of Geoje, with the attendance of Chief of Naval Operations Adm. Boo Suk-jong.

With 120 crew members aboard, the 122-meter frigate will carry various weapons, including ship-to-ship and surface-to-ground missiles, as well as a helicopter for naval operations.

The new frigate has improved capability to detect and attack submarines with a towed array sonar system and a long-range antisubmarine torpedo, according to the military.

"With improved anti-submarine capabilities, the Daejeon will play a key role as a main battleship of the Navy," an official said.

The new warship will be delivered to the Navy by the end of the next year after a trial period. 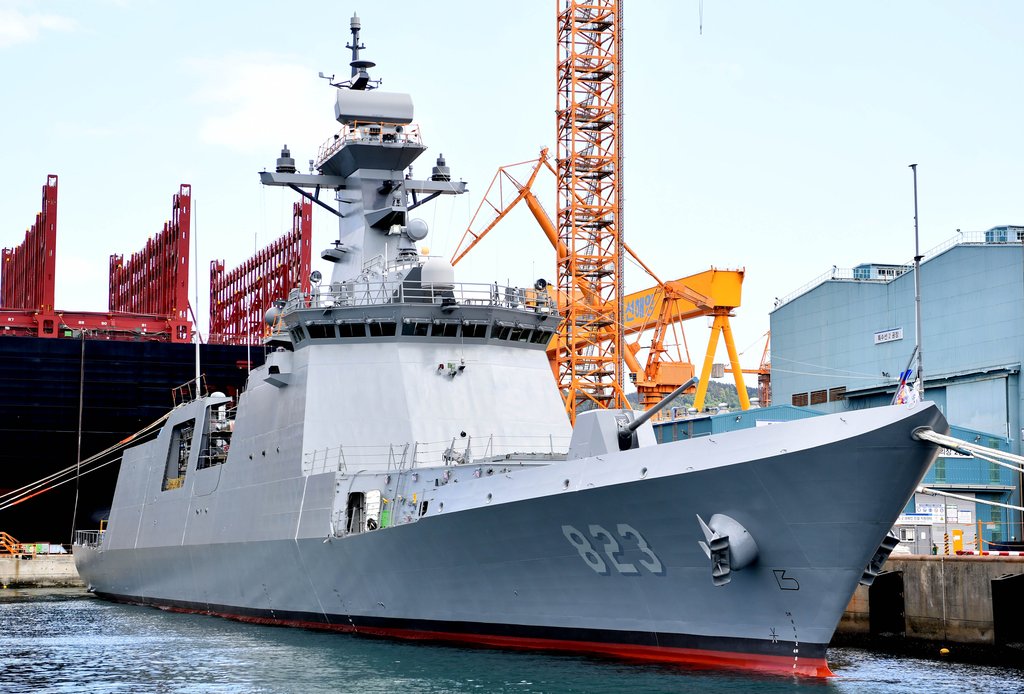