SEOUL, May 3 (Yonhap) -- More than half of South Koreans support taxing capital gains from the trading of cryptocurrencies, a poll showed Monday.

The government plans to impose taxes on gains from investment in virtual assets starting next year.

A poll by Realmeter showed 53.7 percent of respondents back the plan while 38.3 percent are opposed. The survey, commissioned by the news channel YTN, was conducted on 500 people aged 18 or older across the country Friday. 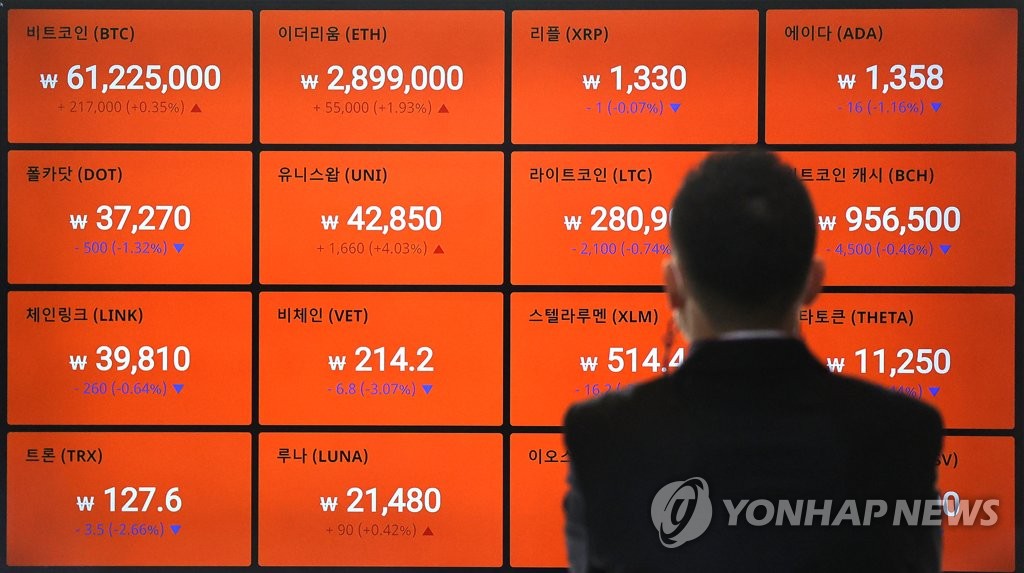 Among women, 60 percent agreed with the plan and 31 percent objected to it, while 47.3 percent of men supported while 45.7 percent were against.

By age, only among those in their 20s did opponents slightly outnumber supporters, by 47.8 percent to 47.5 percent.

The poll has a margin of error of 4.4 percentage points with a 95 percent confidence level.
(END)