SEOUL, May 3 (Yonhap) -- South Korea's daily new virus cases fell back to the 400s on Monday as fewer people took new virus tests over the weekend with concerns over another round of the pandemic still worrisome amid a low vaccine supply.

The country added one more death, raising the death toll to 1,834.

The daily caseload has been in the 600s for the past six days.

From midnight to 6 p.m. Monday, the country added 409 more cases, up 24 from the same time the previous day, according to health authorities and local governments. The daily tally announced Tuesday is expected to be in the 500s.

Due to worries over a potential rise in new cases amid warm weather, health authorities extend social distancing rules and a ban on private gatherings of five or more people for three more weeks until May 23. 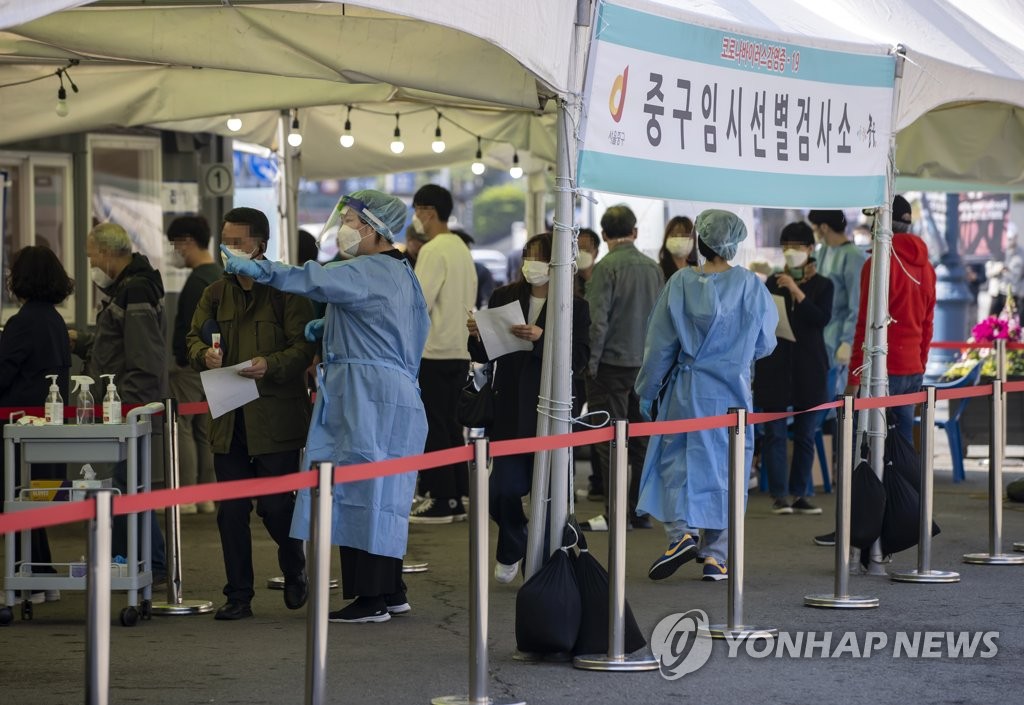 The authorities will adopt new distancing rules in 22 counties and cities in South Jeolla Province, which have posted an average of 2.3 new cases a day over the past week, starting Monday.

The revamped social distancing system will go into effect across the country in July if daily virus cases remain under 1,000 by end-June.

Under the revamped Level 1 distancing, private gatherings of six or fewer people are allowed and up to 300 people can gather for events.

In the first four month of the year, a total of 1,082 confirmed cases were reported from 52 cluster infections at restaurants, showing a steady rise, health authorities said, urging citizens to abide by virus prevention measures when eating at such places.

A total of 3,396,864 people have received at least their first shots of COVID-19 vaccines since the country started its vaccination program on Feb. 26, taking up 6.6 percent of the country's population.

AstraZeneca's vaccine has been given to 1.83 million people, while 1.57 million have received that of Pfizer.

A total of 16,627 cases of side effects after vaccinations have been reported, up 121 from a day earlier, but 98.1 percent were mild symptoms, including muscle pain and fever.

The KDCA said 82 deaths after vaccinations have been reported, up three from the previous day.

The country aims to vaccinate 12 million people by the end of June in a bid to achieve herd immunity by November.

In a press conference, a group of local health experts said it would be difficult to achieve the herd immunity despite all-out vaccination efforts, as new coronavirus vaccines have low efficacy to prevent the virus from transmitting.

The virus variants and the infections after vaccinations also would also pose challenges to the country's virus battle. 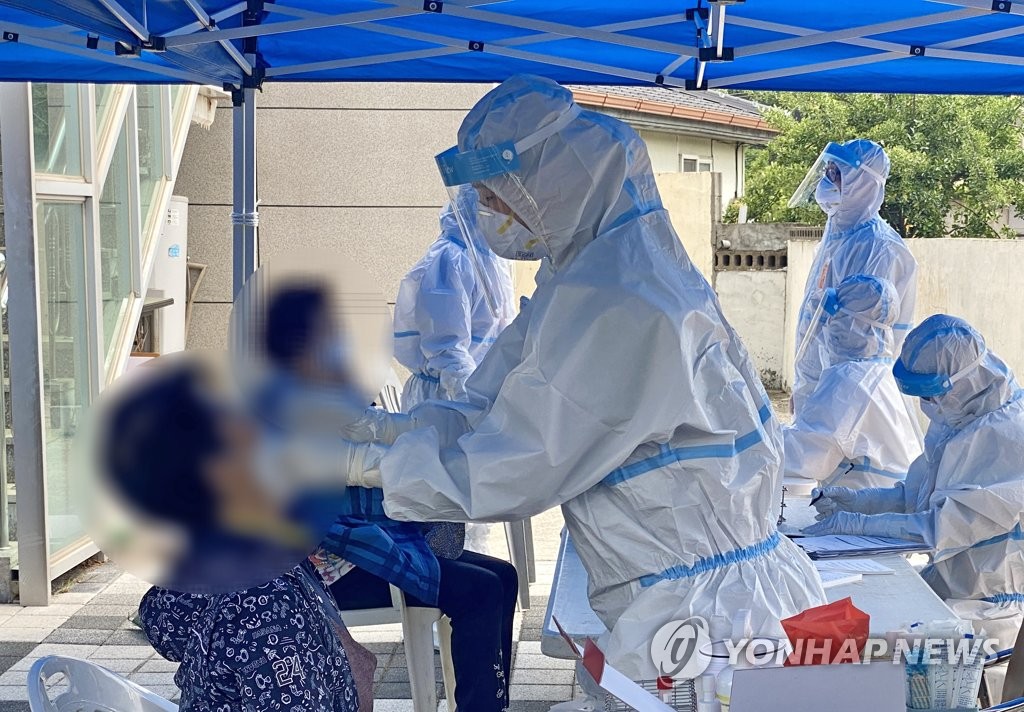 In a press conference, health authorities said the country will receive 14.2 million doses of vaccines in May and June, enough to vaccinate up to 13 million people by end-June.

There were 23 new imported cases, up two from Sunday. The number of patients with serious symptoms across the country reached 164, down six compared with the previous day.

The total number of people released from quarantine after making full recoveries was 113,356, up 491 from a day earlier.