SEOUL, May 3 (Yonhap) -- Unification Minister Lee In-young said Monday that tensions should not be heightened under any circumstances on the Korean Peninsula, vowing to make continued efforts to produce a "meaningful" change in stalled inter-Korean relations.

Lee made the remarks in a speech at a seminar on cross-border cooperation in the renewable energy sector, a day after Pyongyang slammed the South and the United States in a string of scathing statements.

The harsh words appear to be aimed at putting more pressure on South Korea and the U.S. as Washington is soon to announce its new policy on the North and summit talks between the allies will be held later this month.

"Under no circumstances should tensions be raised on the Korean Peninsula," Lee told the seminar. "(I) will seek to make a meaningful change in (relations) between the South and the North."

Mentioning the upcoming South Korea-U.S. summit in Washington, Lee said that the Seoul government will work hard to resume dialogue between the North and the U.S. at the earliest date possible through close coordination between the allies.

Lee also reiterated the importance of cross-border cooperation and exchanges, including in such areas as the renewable energy sector, which he said will provide an "unlimited amount of potential and possibility of development." 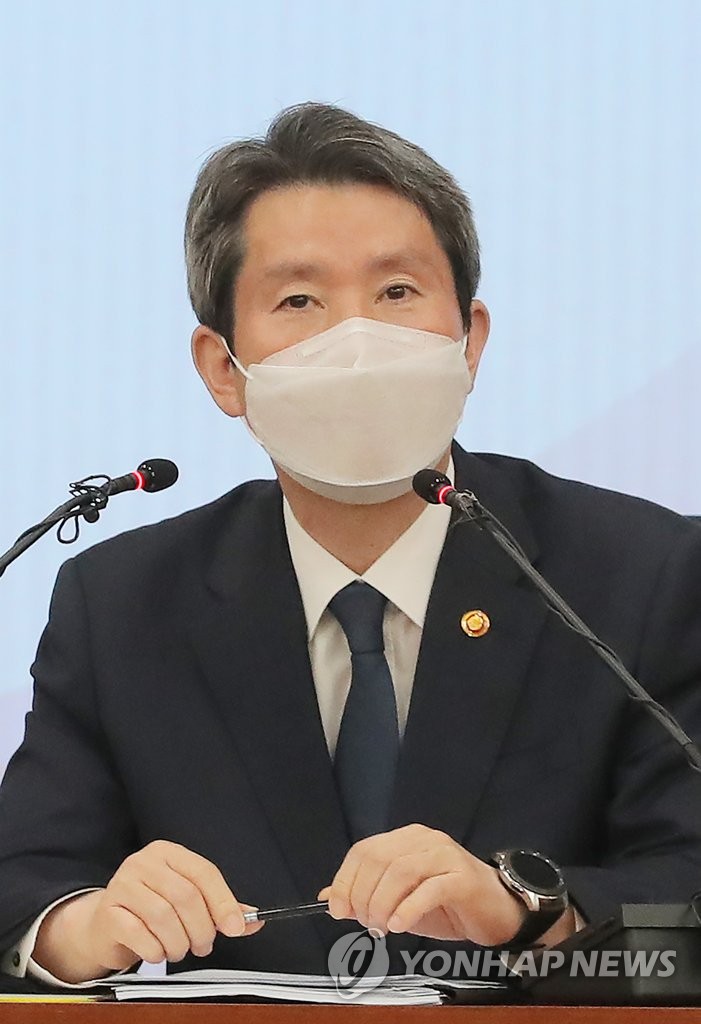