SEOUL, May 3 (Yonhap) -- Many beloved protagonists in Korean TV series are good looking and ride in on their white horses to save beautiful heroines, never engaging in illegal activities.

The black comedy "Vincenzo" on tvN, directed by Kim Hee-won and written by Park Jae-bum, created a fresh dark hero that is far from the stereotype and has few antecedents in Korea.

Vincenzo Cassano, played by Song Joong-ki, is handsome but not always good and clean. He fights against social powers in a way that he did in Italy as a consigliere of the Italian Mafia. He dares to cross moral lines and even use violence to punish evil ones. 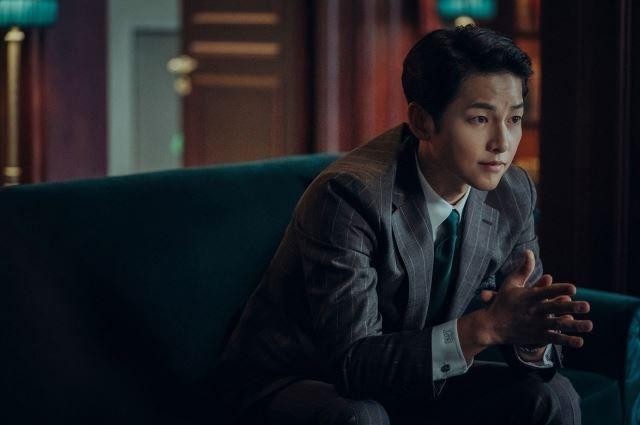 In an interview with local media on Monday, Song said he was thrilled and satisfied with his character's weapon of choice even though it looked brutal to some extent. He said Vincenzo could have taken stronger action to crack down on the outlaws.

"I didn't think it's cruel. I often think we have to punish those who commit villainous acts by all means," he said. "It is a fictional drama, but I'm very satisfied with the way that those villains were punished."

The final 20th episode on Sunday highlighted Vincenzo's vigilante-style vengeance against representatives of a leading conglomerate doing its illegal business free from fair legal punishment. He castigated the villains by means that the law does not permit.

But the actor refused to call Vincenzo a hero because he is no more than a villain, although many people have been excited at his winning streak.

"As Vincenzo said, he is trash that throws away other trash. He is just a bad guy," the 35-year old actor said. "I think people feel vicarious pleasure from Vincenzo. It's sad that we are supporting this vicious character." 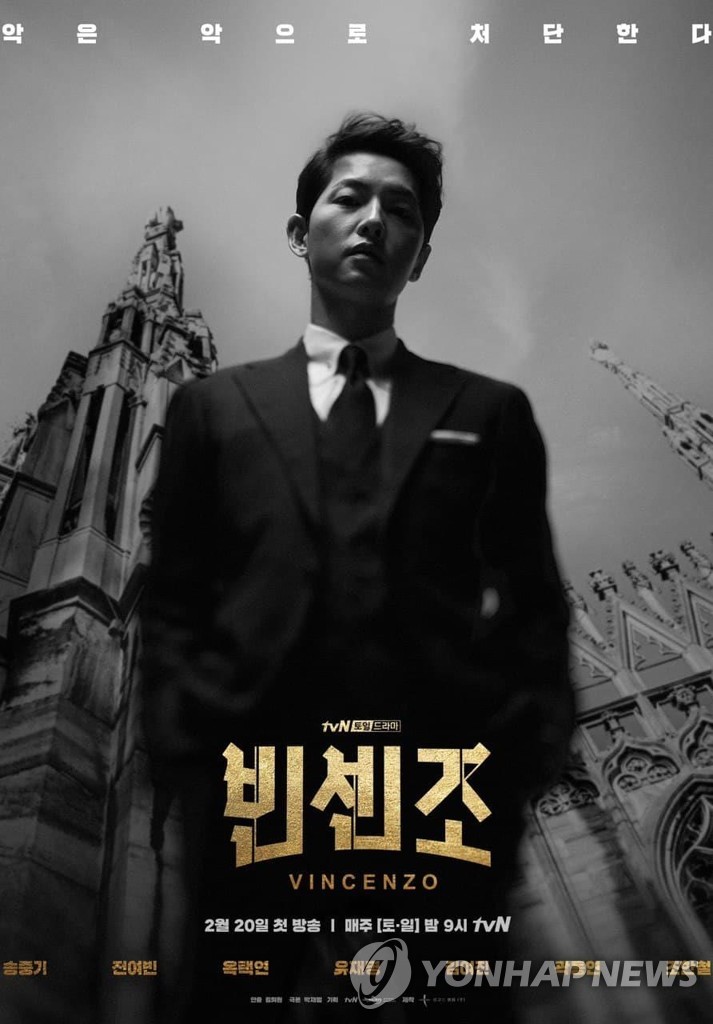 Thanks to the popularity of "Vincenzo," which was also available on Netflix, Song made a successful return to the South Korean small screen after fantasy "Arthdal Chronicles" (2019), which struggled with lower-than-expected viewership ratings.

His last project "Space Sweepers," a Netflix original space film released in February, was a global hit watched by 26 million households across the world.

"I really enjoyed this project (Vincenzo) and did my best, so I can say it was successful from my point of view," he said. "I didn't feel pressure while shooting. I had a really good time with the other cast members."

He did not forget to offer an apology for the controversial scene featuring a Chinese product as a product placement advertisement.

In the eighth episode of the dark comedy that aired on March 14 on tvN, an instant Chinese "bibimbap" brand was exposed while the lead characters Vincenzo and Cha-young (Jeon Yeo-bin) have a meal.

Bibimbap is a popular Korean dish consisting of a bowl of warm white rice topped with seasoned vegetables and chili pepper paste.

Some Korean viewers frowned upon the fact that Chinese-produced bibimbap appeared on a Korean drama amid the recent Chinese claims that some elements of Korean culture, including kimchi, originated from China.

The scene was soon removed from videos on Korean and overseas streaming platforms.

"As an actor in a title role, I think it is right to apologize to those who are disappointed with our program," he said. "After that controversy, we focused more on improving the quality of our show."

About the second season of "Vincenzo," Song remained cautious.

"I've heard nothing about it," he said. "I'm really grateful that people want more. Vincenzo is one of my best characters in my career. It was fun to play him."

He said he will come back soon with the crime movie "Bogota," whose production has been halted multiple times due to the pandemic. It is about Korean immigrants in Colombia in the 1990s. 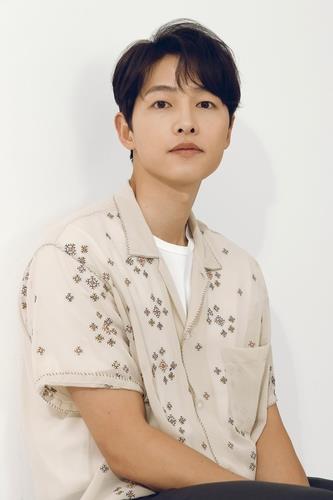