"The introduction of vaccines and inoculation are going smoothly beyond the original plan," he said during a special interagency meeting on the nation's coronavirus prevention and control.

His remarks came amid lingering public concerns about the supply of foreign-made vaccines. The government is reportedly running out of vaccines currently in stock.

The government aims to offer vaccine shots to 12 million people by the end of June for the goal of achieving herd immunity by November. Under the state vaccination campaign that began in late February, more than 3 million people here received Pfizer or AstraZeneca vaccines, according to health authorities.

"(I) received a report that we would be able to raise the target number of vaccination in the first half (of this year) to 13 million from 12 million, if we make the most of vaccines to be delivered in stages, like now," Moon said in front of pool reporters at the outset of the Cheong Wa Dae session on the coronavirus. It marked the second special meeting on handling the pandemic, presided over by Moon in person, following the previous one held on April 12. 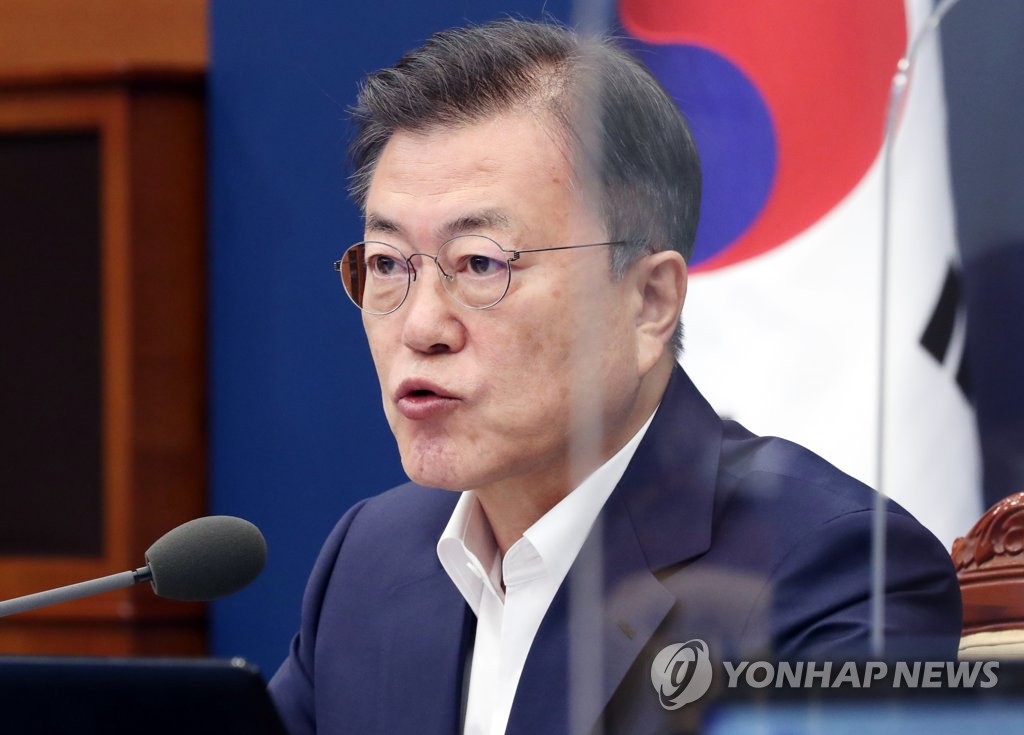 In May as well, Pfizer vaccines will be delivered to the country "with stability" on a weekly basis, with more AstraZeneca ones than initially planned to be shipped, he added.

The president also emphasized the importance of "vaccine sovereignty."

"In the midst of the unlimited global competition to procure vaccines, securing vaccine sovereignty is paramount," he said.

He instructed relevant local authorities to concentrate efforts on providing support for the development of homegrown vaccines hopefully for use beginning in 2022.

South Korea, known for its advanced biohealth sector, is also drawing attention as a potential "global hub" of global vaccine production, he said.

Moon called for all-out administrative and diplomatic support for the vision via close government-private sector cooperation.