SEOUL, May 3 (Yonhap) -- Hyundai Motor Co. said Monday its sales more than doubled last month from a year earlier on robust demand for its SUV models despite the COVID-19 pandemic.

The country's biggest carmaker sold 345,777 vehicles in April, up from 167,693 units a year earlier, helped by strong demand for the Palisade SUV, the Nexo hydrogen fuel-cell electric vehicle, and the Genesis GV70 and GV80 SUVs, the company said in a statement.

On top of robust SUV sales, the company benefited from a base effect, in which it suffered disrupted production at its plants due to the pandemic in the same month of last year, it said.

Hyundai aims to sell 4.16 million vehicles for the year, which is 11 percent higher than the 3.74 million units it sold last year. 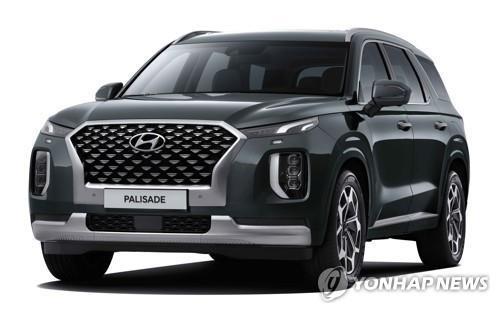