BUSAN, May 3 (Yonhap) -- Unionized workers at Renault Samsung Motors Corp. said Monday they have decided to lay down their tools again to demand a wage hike.

Renault Samsung's 1,900-strong workforce will launch an eight-hour strike at their plant in Busan, around 450 kilometers south of Seoul, on Tuesday as they are not satisfied with the company's wage proposals.

The announcement came as they staged a six-hour strike Monday. They previously launched an eight-hour strike last Friday.

The union and the management held their ninth round of wage negotiations last Thursday but failed to narrow their differences.

The union previously asked the company to continue wage talks on Thursday and Friday, but the latest industrial actions may postpone their negotiations.

The South Korean unit of Renault S.A. earlier announced it sold 9,344 vehicles in April, down from 13,087 units a year earlier. 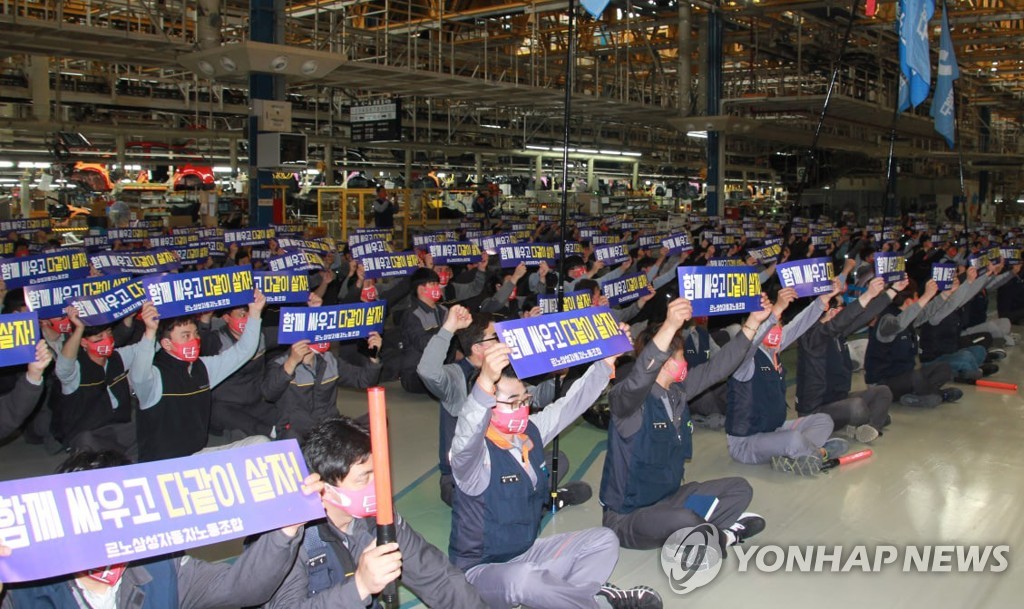