Hyundai and Kia sold a total 147,700 vehicles in the United States last month from 65,673 units a year ago, according to the companies' sales data.

"April 2021 was the second month in a row that we established a new best ever total and retail sales monthly record. As our all-new Tucson begins hitting dealerships in greater numbers, we expect the design and technology of our lineup to continue resonating with consumers," Senior Vice President Randy Parker, in charge of national sales at Hyundai Motor America, said in a statement.

Hyundai and Kia, which together form the world's fifth-biggest carmaker by sales, reported their best-ever monthly and quarterly sales results in the world's most important automobile market.

Hyundai's sales more than doubled to 77,523 units last month from 33,968 a year ago, helped by higher demand for the Palisade, Santa Fe, Tucson and Kona SUV models.

Kia's also more than doubled to 70,177 units from 31,705 during the same period on demand for the Sorento, Sportage and Telluride SUV, and the Carnival minivan.

"Given the showroom traffic our dealers are reporting ahead of the summer opening of the country we are confident our strong performance will continue through the year," Sean Yoon, president of Kia Motors North America and Kia Motors America, said in a statement. 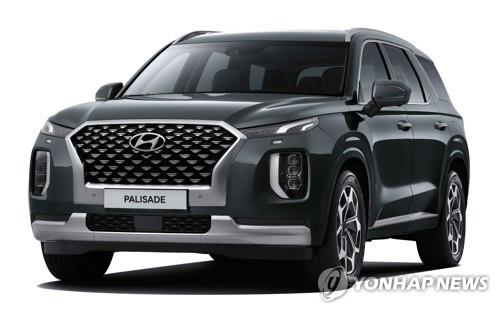 Hyundai, Kia sales in U.S. more than double on SUV demand in April

Hyundai, Kia sales in U.S. more than double on SUV demand in April