SEOUL, May 4 (Yonhap) -- Renault Samsung Motors Corp., the South Korean unit of Renault S.A., said Tuesday it has temporarily closed its plant as the union continues strikes for a wage hike amid the prolonged COVID-19 pandemic.

Renault Samsung shut down its sole plant in Busan, 450 kilometers south of Seoul, on Tuesday as the 1,900-strong union extended their strike for three consecutive working days from Friday, a company spokesman said over the phone.

"We blocked assembly line workers who are participating in the strike from walking into the plant. But we will have union members opposed to industrial action produce vehicles," he said. 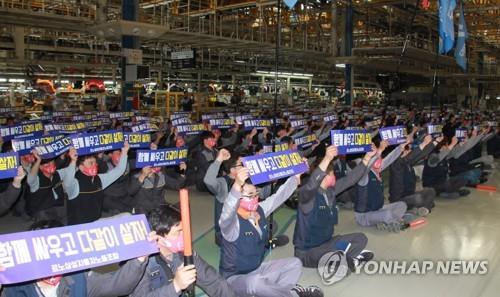 The union and the management have held nine rounds of wage negotiations but failed to narrow their differences over wages and working conditions for the year of 2020.

From January to April, Renault Samsung's sales fell 24 percent to 31,412 vehicles from 41,477 units in the same period of last year due mainly to a lack of new models.

In a message sent to employees in February, Renault Samsung Chief Executive Officer Dominique Signora said restructuring will be "inevitable" for the company's survival amid the prolonged pandemic and lower demand for its models.

"There is an urgent need to cut costs (through restructuring) to ride out this crisis as the company's overall vehicle sales fell to the lowest level in 16 years since 2004. In particular, exports plunged by nearly 80 percent last year compared to the previous year due to the halted production of the Nissan Rogue SUV in March," the CEO said.

Car assembly plants under Renault Group are required to cut manufacturing costs further to secure new vehicles for production and additional volume for sales to survive amid the pandemic and a paradigm shift in the automobile industry, he said.

The strikes make it more difficult for the company to secure further production volume of the XM3 sport utility vehicle for export to Europe, the spokesman said.

In January, Renault Samsung entered emergency management after reporting an operating loss of 70 billion won in 2019 for the first time in eight years. It announced its plans to cut the number of executives by 40 percent and their pay by 20 percent. It also offered a voluntary retirement program to all employees. 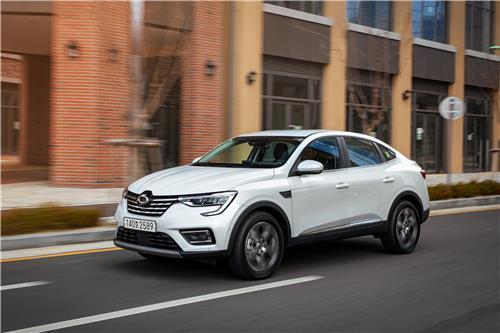