SEOUL, May 4 (Yonhap) -- Seven soldiers at an Army base in Yangju, just north of Seoul, have tested positive for the new coronavirus in another cluster infection reported in barracks, the defense ministry said Tuesday.

One of the soldiers first tested positive upon returning from vacation after a family member was found to have contracted COVID-19, according to the ministry.

In subsequent tests conducted on 50 people who had direct contact with the soldier, six tested positive, while 12 are awaiting their results. The others have tested negative.

Earlier, the Navy and the Air Force also reported cluster cases at their bases, with the country struggling to contain the spread of the virus amid warm weather.

Separately, two officers in Seoul and the southeastern city of Daegu have tested positive while in quarantine after virus cases were reported at their respective bases, and a cadet in Yeongcheon, near Daegu, was found to be infected after an off-installation trip.

In the central city of Cheongju, an airman has tested positive upon returning from vacation. Virus tests are under way on some 60 people who had contact with the individual, the ministry said.

The latest cases raised the total number of infections reported among the military population to 802. 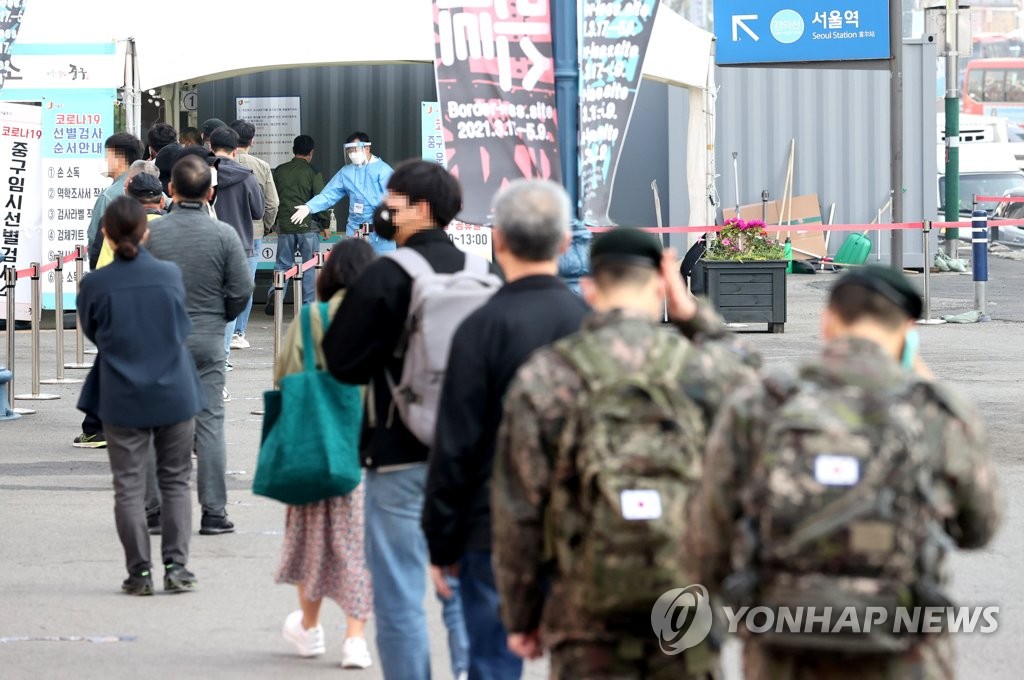 7 soldiers test positive for virus in another cluster infection

7 soldiers test positive for virus in another cluster infection