Lawmakers of the main opposition People Power Party (PPP) bombarded Lim with a barrage of allegations of ethical lapses and demanded she withdraw from the nomination during the parliamentary session.

Lim, a professor of electronic and electrical engineering at Ewha Womans University and the chair of the National Research Council of Science & Technology, was tapped to lead the Ministry of Science and ICT last month.

She, however, came under a string of allegations, including underreporting on the prices of her apartment transactions for alleged tax evasion and bringing her children with her on her state-funded trips to overseas academic events between 2016-2020.

She has apologized for the allegations but denied the tax evasion accusation. Lim also said all costs for her children during the concerned trips were paid personally.

Rep. Park Sung-joong, the PPP's point man for the parliamentary science and ICT committee, lambasted the nominee during the confirmation hearing and demanded her withdrawal from the nomination process.

"I don't believe someone who cannot distinguish between personal affairs and official duties is qualified to lead a government ministry," Park said, adding that she must "resign immediately."

Another PPP member, Rep. Park Dae-chul, also accused Lim of having her family members get a "free ride" on state-funded trips and said her appointment to the ministerial seat would expedite the onset of the lame duck status for the Moon Jae-in administration. 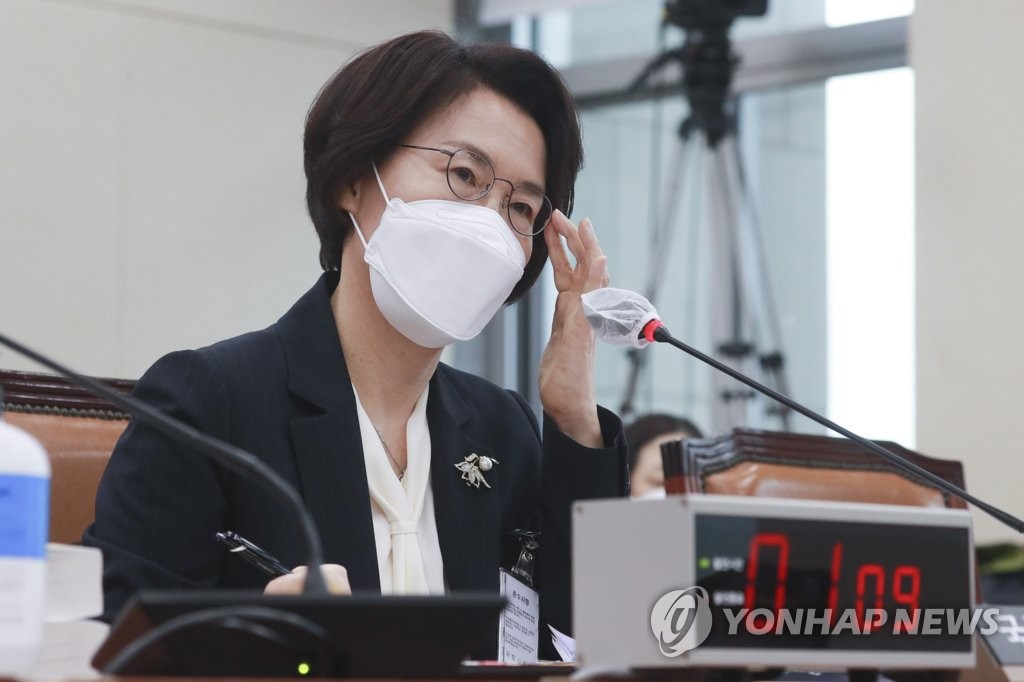