SEOUL, May 4 (Yonhap) -- Last December, a mother in her 60s was found dead at her home nearly seven months after she had died, leaving behind a mentally impaired son with no means of support.

The tragedy led to a renewed debate over whether family members, even if estranged, should be required to financially support their relatives, a system that was widely blamed for depriving the mother and son of basic government subsidies.

Prompted by the event, which occurred in Seoul's southern neighborhood of Bangbae, the Seoul metropolitan government announced last week that it would abolish the so-called support obligation system this month, making 2,300 more citizens eligible for basic living allowances from the municipal government. 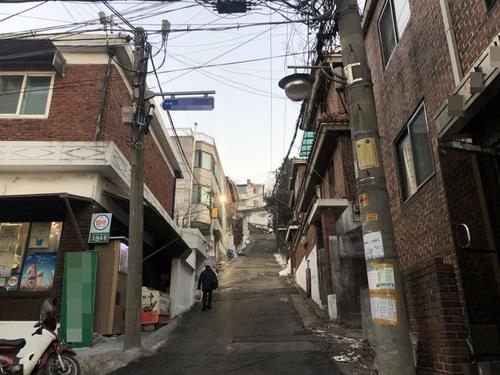 "By abolishing the system, we will be able to assist people in real poverty who have been unprotected because of the requirement for families to provide support," a municipal official said.

"It's also significant in that it can promote the early abolition of the same requirement in the central government's 'basic livelihood security system' and lead other cities and provinces to take the same steps," the official added.

The City of Seoul has operated its own social security system since 2013 to supplement the central government's, offering its citizens another avenue to receive welfare payments.

In a first step toward abolishing the family obligations, the city government removed the requirement for senior citizens aged 75 and above in August. In doing so, it paid basic living allowances to 1,875 more senior citizens. 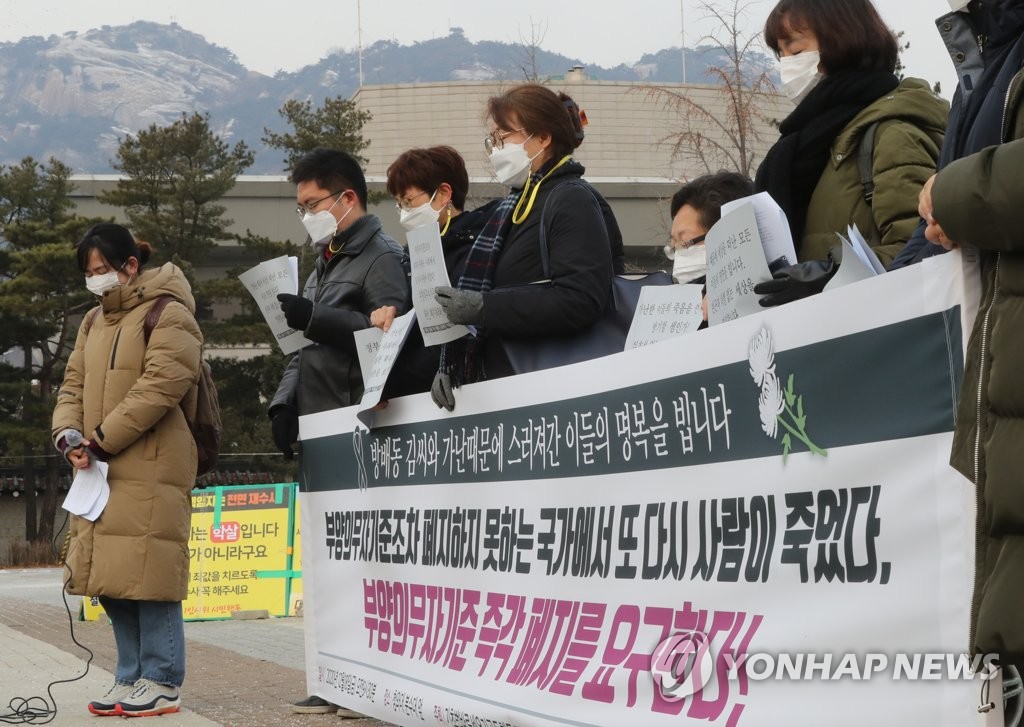 Under the expanded initiative, all citizens earning up to 45 percent of the median income and owning up to 135 million won (US$120,300) in total assets will be eligible for the allowances.

The city government said its decision to end the controversial system comes at a time when the COVID-19 pandemic has further threatened the livelihoods of the economically vulnerable population.

The initiative applies solely to the city's own social security program, but the ruling Democratic Party has begun discussing abolishing the family obligation system nationwide.

On Friday, several party leaders raised the need for the government to consider abolishing the system earlier than planned, according to party spokesperson Choi In-ho, who briefed reporters after a leadership meeting.

The Ministry of Health and Welfare announced in August that it will abolish the system in 2022, but only for recipients of basic living allowances.

There are various types of state welfare subsidies, including basic living, medical costs and educational expenses. Currently, there are no plans to remove the family obligation for applicants seeking medical aid.

In the case of the mother and son, the family reportedly qualified for nothing but housing subsidies because the woman had an estranged ex-husband and daughter. By default, the ex-husband was financially responsible for his son, while the daughter was responsible for her mother.

Boxed out of the social welfare net, the mother apparently struggled to make ends meet until her death, while her mentally impaired son stayed with the corpse until all power to the house was cut. The 30-something son was forced to live on the streets, where he met a social welfare worker and told her his mother had died.

Similar incidents, including the 2014 joint suicide of a mother and her two daughters over financial hardships, have long prompted questions about basing a welfare system on family ties.

Despite the country's deep roots in Confucianism and its values, such as filial piety, society's views on caring for the elderly have changed over time, with 26.7 percent regarding it as the family's responsibility in 2018, as opposed to 40.7 percent in 2008, according to Statistics Korea, the government statistics agency.

In contrast, the percentage of people saying the responsibility should fall on the government and society rose to a record high 48.3 percent in 2018.

Experts say abolishing the family obligation system is only part of the solution, as many people are still unable to overcome the bureaucratic hurdles of filing for welfare benefits.

Tragedies like the case of the mother and son are the result of passive public workers failing to deliver the necessary assistance, the experts said, calling for a systematic overhaul of state welfare programs.