SEOUL, May 4 (Yonhap) -- The K-League, the South Korean professional football governing body, announced Tuesday that some regular games in the top and second-tier leagues will be postponed as two players have tested positive for the novel coronavirus.

FC Seoul defender Hwang Hyun-soo was diagnosed with COVID-19 earlier this week, while a member of Chungnam Asan FC in the minor K League 2 has also tested positive.

FC Seoul and Seongnam FC, against which Hwang, the infected player of FC Seoul, played last week, will each skip their four upcoming matches scheduled over the next two weeks.

In the K League 2, three games of Chungnam Asan FC will be delayed as the infected player participated in the club's training sessions. But he has not played in any regular matches.

The postponed games will be rescheduled later, the K League added. 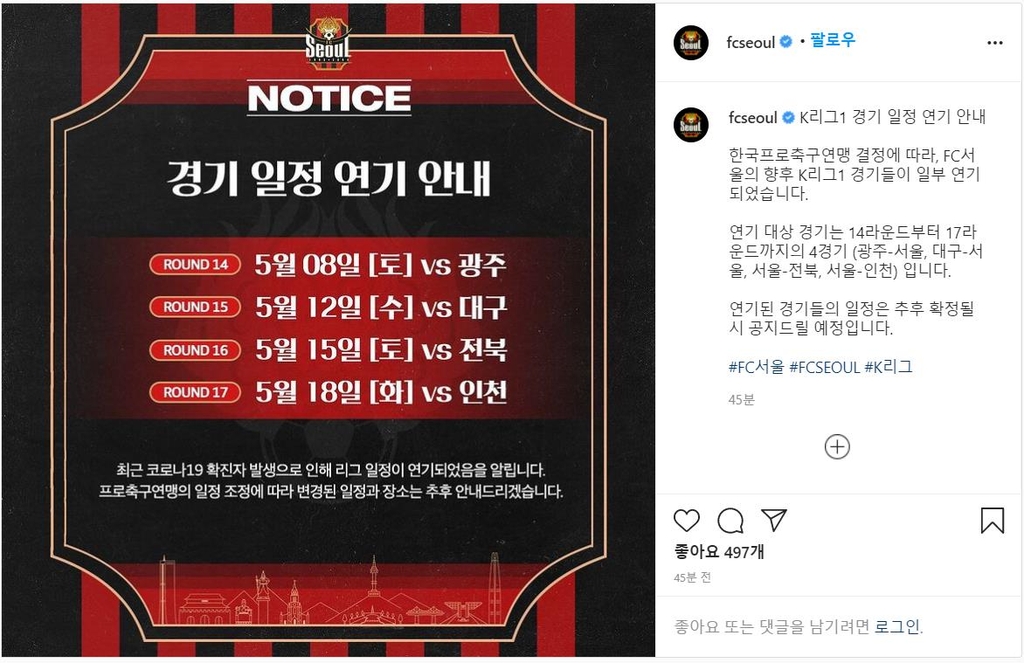 FC Seoul said all other FC Seoul players and coaches tested negative for the coronavirus, while Chungnam Asan FC said its athletes and staff members got tested and are waiting for the results.

Last October, a K League 2 player tested positive for the coronavirus, resulting in postponements of some regular games.

On April 17, a Daegu FC player was also diagnosed with COVID-19, but it didn't affect his team's schedule because he was undergoing rehabilitation treatment at the time.