The man in his 30s is accused of distributing leaflets with an expression insulting the president near the National Assembly in western Seoul in July 2019. Reportedly included in those leaflets was a copy of a Japanese magazine page reading, "The red identity of South Korean President Moon Jae-in, a dog of North Korea."

Moon decided to "withdraw" the legal measure against him, according to presidential spokesperson Park Kyung-mee.

Moon made the call in the belief that it is necessary to put up with "insulting expressions" as a president entrusted with power by the people who are the "sovereign" of the nation, Park added.

Last week, police said they had referred the case to the state prosecution service with an opinion that he should be indicted on insult charges.

Some conservative newspapers and even civic groups here argued that Moon's move to punish the man, whose name has been withheld, undermines freedom of speech. 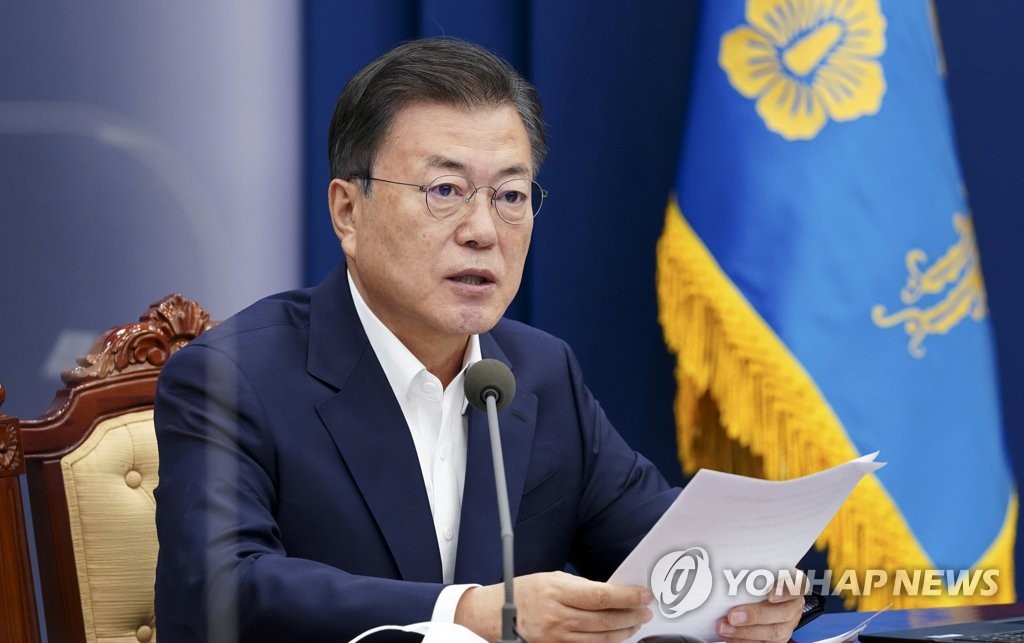