LONDON/SEOUL, May 5 (Yonhap) -- The top diplomats of South Korea, the United States and Japan agreed Wednesday to continue close three-way cooperation on their approaches to North Korea, as the U.S. completed its policy review on the communist state, Seoul's foreign ministry said.

The meeting came after the Joe Biden administration said last week it had completed its monthslong policy review on North Korea, which its officials say calls for a "calibrated and practical" approach.

It marked the first time the top diplomats of the three countries have met in more than a year since the last meeting in Germany.

"The foreign ministers of South Korea, the U.S. and Japan agreed to strengthen coordination to make substantive progress toward the complete denuclearization of the Korean Peninsula and building lasting peace," the ministry said in a release.

"Secretary Blinken explained to the Korean and Japanese sides the outcome of the U.S. policy review on North Korea, and the three agreed to closely communicate and cooperate in the process of pushing for the North Korea policy in the future," it said.

The three also reaffirmed the importance of their trilateral cooperation and agreed to continue to seek cooperation in a "mutually beneficial and future-oriented" manner to promote regional peace, security and prosperity, the ministry added.

Wednesday's meeting also marked the first direct encounter between Chung and Motegi, who had not spoken to each other since Chung's inauguration in February amid strained bilateral relations over wartime history and trade.

Chung and Motegi held their first bilateral talks right after the three-way meeting with Blinken. 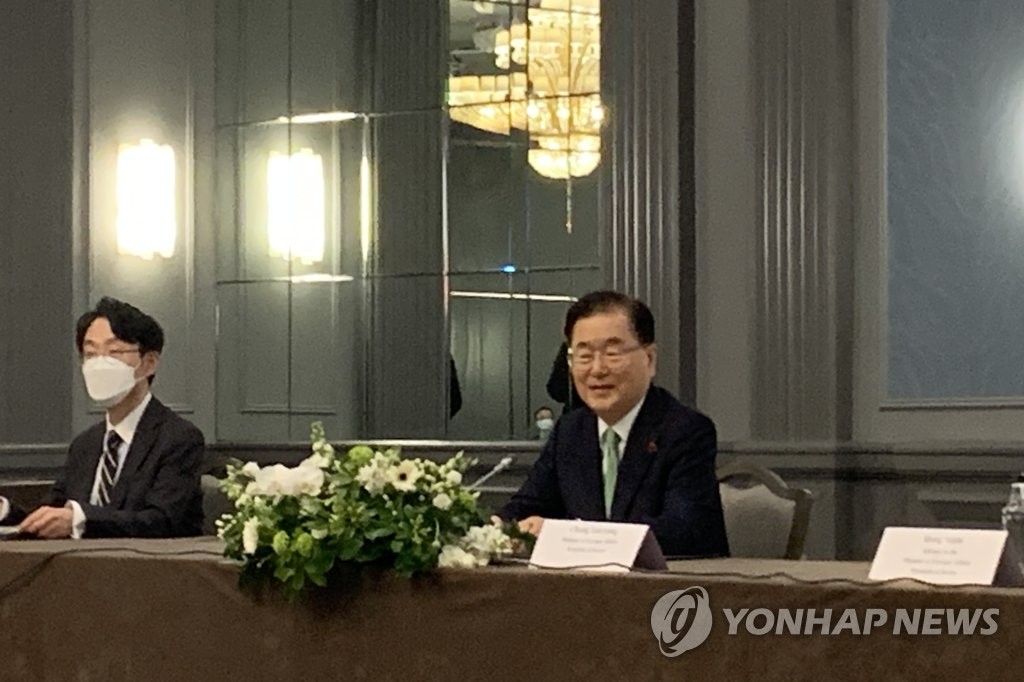 The trilateral meeting came as the U.S. wants its two Asian allies to improve their ties badly frayed over the prolonged row over wartime forced labor and sexual slavery issues, and Tokyo's export curbs on Seoul.

Blinken said on Monday that the new U.S. policy review on North Korea centers on pursuing diplomacy to make progress toward the complete denuclearization of the Korean Peninsula in close coordination with the allies. 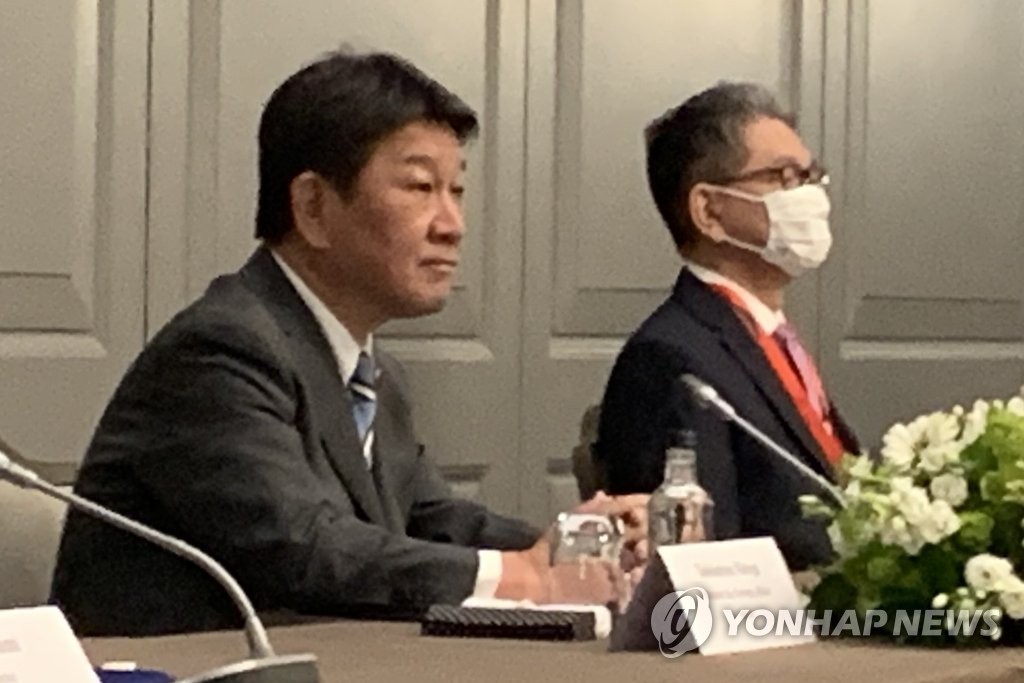 Wednesday's talks, which lasted for about an hour, focused mainly on North Korea, and other issues, like China, were not part of the discussions, a foreign ministry official said.

Chung was scheduled to hold a series of bilateral talks with Canada, the European Union and others in the British capital on Wednesday. He will return on Saturday (Seoul time). 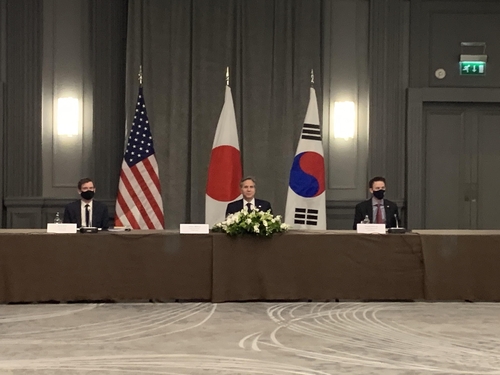