(ATTN: UPDATES with remarks from Walsh in paras 8-10)
By Byun Duk-kun 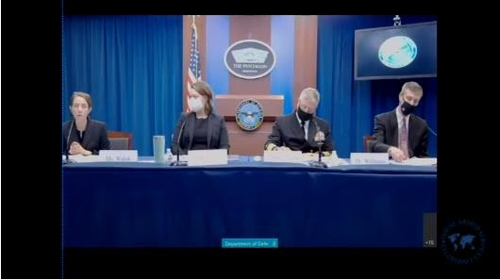 Walsh said the U.S. and South Korea are collaborating to counter any type of threat from North Korea.

"We are working with our Republic of Korea allies to ensure that we are ready for a WMD contingency, regardless of what the threat is," she said in Tuesday's hearing.

"We meet annually in a CWMD bilateral forum with our Republic of Korea counterparts so that we can ensure that we have trust and confidence," she added, referring to South Korea by its official name.