According to the automaker, presale orders for the EV have topped 7,000 in Britain, France, Germany and other major countries, with the number set to further rise. 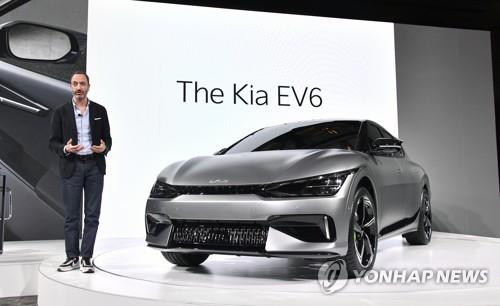 Kia unveiled its crossover EV built on a dedicated platform last month and received 21,016 units of preorders on the first day of its launch in South Korea, which set a new record among the automaker's SUV models.

Early demand for the EV6 has already far surpassed Kia's sales target of 13,000 units for this year on its home turf.

The automaker aims to sell 17,000 EV6 this year in overseas markets.

The model will offer two choices of battery packs -- a standard 58-kilowatt-hour (kWh) battery pack and a long-range 77.4-kWh one.