SEOUL, May 5 (Yonhap) -- South Korea's daily new virus cases spiked to the 600s on Wednesday as rising cluster infections continue to hamper the country's virus fight against the pandemic.

The daily new cases are sharply up from the 541 recorded a day earlier, the KDCA said. The number also bounced back to the 600s after three days.

The daily caseload has been on an upward trend over the past week. 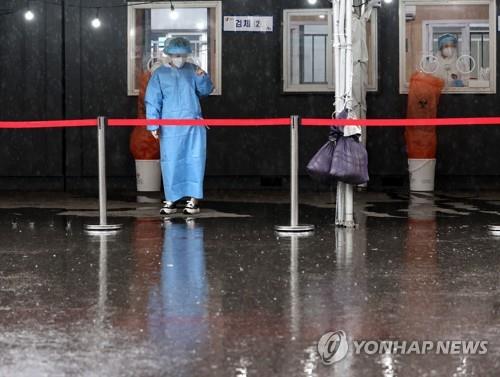 There were 25 new imported cases, down two from a day earlier, the KDCA said.

The number of patients with serious symptoms across the country reached 173, up 11 compared with the previous day.

The total number of people released from quarantine after making full recoveries was 114,944, up 816 from a day earlier, the KDCA said.