SEOUL, May 5 (Yonhap) -- Lee Yong-soo, a survivor of Japan's wartime sexual slavery, will appeal the recent court decision to dismiss the damages suit filed by her and 19 other plaintiffs against the Japanese government, an advocate group involved in the matter said Wednesday.

On April 21, the Seoul Central District Court dropped the case seeking compensation from Tokyo, citing the principle of "sovereign immunity" under international law that stipulates a country is immune from the judicial jurisdiction of a foreign country.

The 92-year-old Lee, one of the 14 registered surviving South Korean victims of sexual slavery, has strongly objected to the ruling. She has also called for Seoul to bring the forced sexual slavery issue to the International Court of Justice (ICJ).

A civic committee that has been dealing with the matter said in a press release Wednesday that Lee will file an appeal, "with expectations that justice and human rights will prevail."

The latest ruling came as a shock as the court ruled in favor of another group of 12 sexual slavery victims in a separate damages suit in January, ordering Tokyo to make reparations of 100 million won (US$88,000) to each victim. Japan has not complied with the ruling. 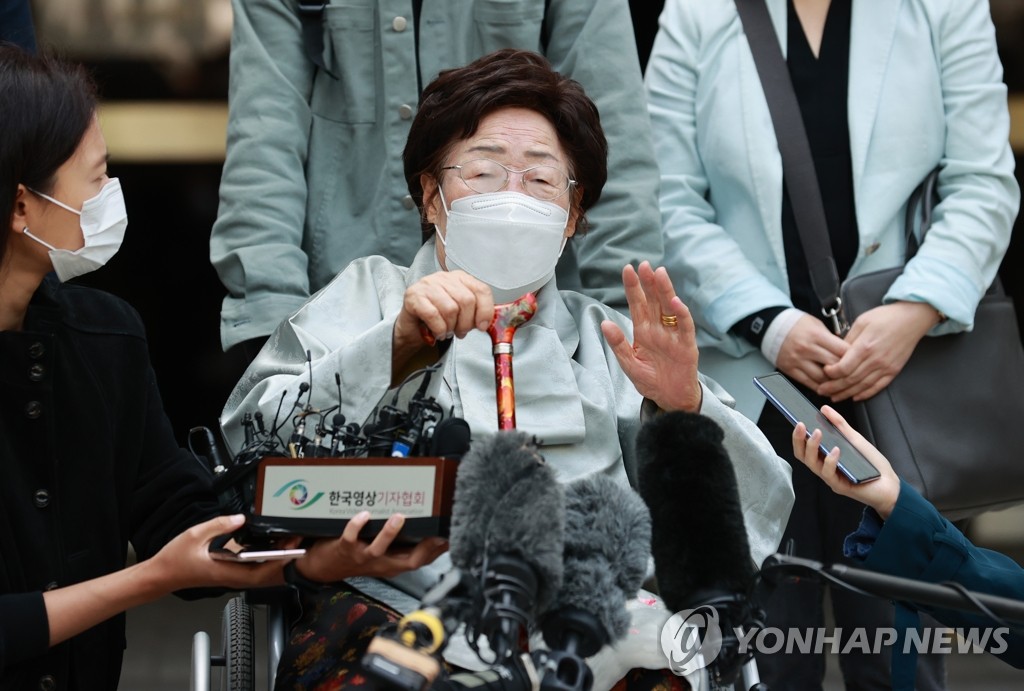