LONDON, May 5 (Yonhap) -- Foreign Minister Chung Eui-yong met one-on-one with his Japanese counterpart, Toshimitsu Motegi, on the sidelines of a Group of Seven (G-7) gathering in London on Wednesday, in his first talks since taking office in February.

Up until Wednesday, the two top diplomats have had no communication as relations between the two countries remain badly frayed over the prolonged row stemming from wartime forced labor, sexual slavery and Tokyo's export curbs on Seoul.

Wednesday's talks took place after they held trilateral talks with U.S. Secretary of State Antony Blinken to discuss shared issues, including efforts to bring North Korea back to denuclearization dialogue.

Whether Chung and Motegi would meet bilaterally in the British capital had been a point of attention.

The two were expected to discuss how to break the impasse in relations between the two countries. Other topics could include North Korea as well as Japan's recent decision to start releasing radioactive water from its wreaked Fukushima nuclear power plant into the ocean.

The last meeting between the foreign ministers of South Korea and Japan took place in Germany in February last year, when then Minister Kang Kyung-wha held talks with Motegi and her then U.S. counterpart, Mike Pompeo. 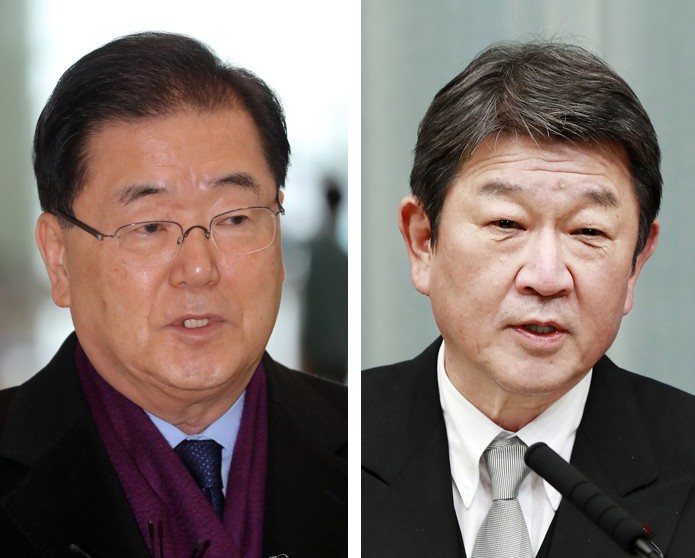