SEOUL, May 6 (Yonhap) -- St. Louis Cardinals' starter Kim Kwang-hyun flashed his damage-control skills while extending his undefeated run with a no-decision in an abbreviated outing.

The South Korean left-hander allowed a run on two hits and three walks in four innings against the New York Mets at Busch Stadium in St. Louis on Wednesday (local time). After limiting the Mets to one run in a bases-loaded jam in the top of the fourth inning, Kim lifted for pinch hitter Matt Carpenter in the bottom fourth, with the Cardinals up 2-1. They went on to take the first game of a doubleheader 4-1.

Kim remained 1-0 for the season after four starts but lowered his ERA from 3.29 to 3.06. The second-year big leaguer has yet to lose a decision in the majors. He was 3-0 in eight games last year, including one relief appearance. 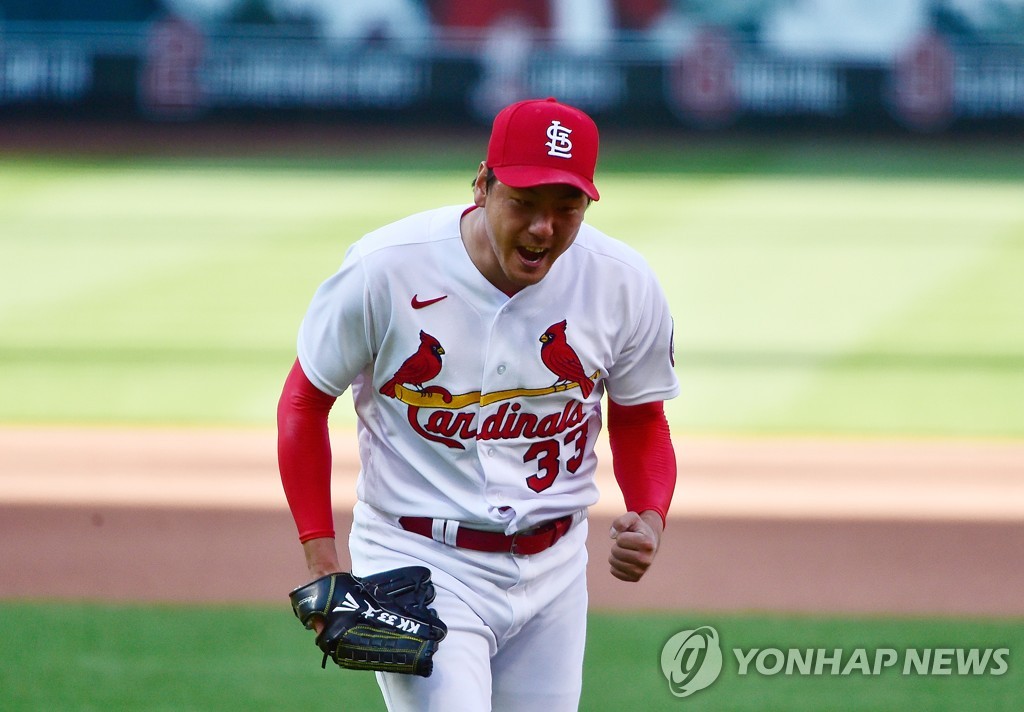 Kim gave up a single and a walk after one out in the first inning, but stranded both runners with a pop out and a groundout.

Paul Goldschmidt spotted Kim a 1-0 lead with a line drive solo home run to left field in the bottom first. Then Kim made a quick work of the Mets in the top second, needing just seven pitches to retire the side in order.

Kim breezed through the top of the third inning, inducing a pop fly and a couple of easy grounders. And the Cardinals went up by 2-0 in the bottom third, courtesy of an RBI single by Nolan Arenado.

Just when he looked to be in cruise control, Kim pitched into trouble in the top fourth, loading the bases with no out as a pair of walks sandwiched a single. He had walked just one batter in 13 2/3 innings over the three previous starts. 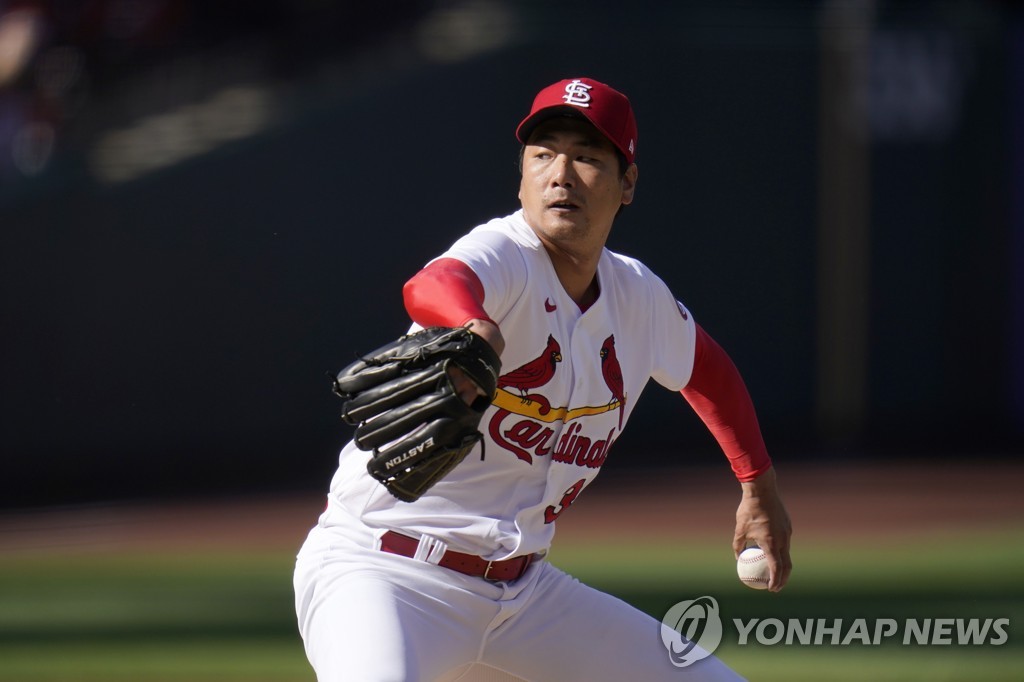 On-field delays during that bizarre fourth inning could have thrown Kim off his game.

After a walk and a single, Kim's interpreter, Craig Choi, visited the mound to help the pitcher talk things over with catcher Andrew Knizner. Kim walked the next batter to load the bases, but before pitching coach Mike Maddux could pay Kim a visit, he had to ensure it wouldn't constitute a second visit in the fourth inning, which would have forced the Cardinals to make a pitching change. No one was warming up in the bullpen at the time. 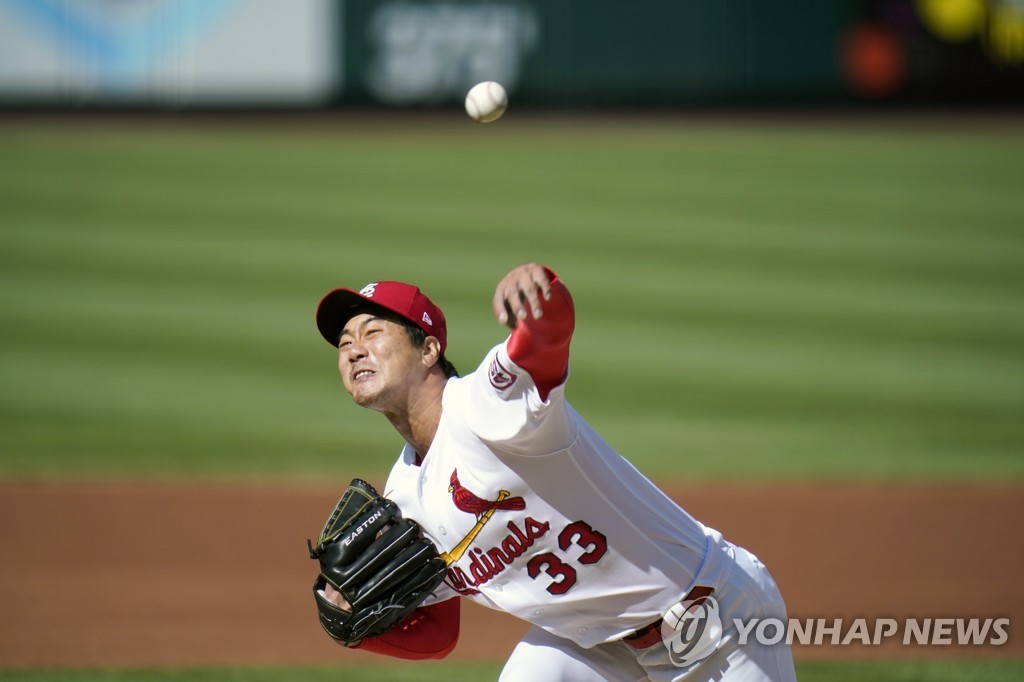 Umpires gathered for a conference and then gave Maddux the green light to talk with Kim on the mound without pulling him from the game. Mets' manager Luis Rojas demanded an explanation, and following a lengthy conversation with the league office in New York while wearing headsets, umpires ruled that the interpreter's visit didn't count as an official coaching visit.

Kim then got James McCann to hit a grounder to third baseman Arenado, who bobbled the ball but managed to field it and step on the bag at the same time for the force out at third. A run scored on the play.

The Cardinals challenged the initial safe call at third, setting off another extended delay with the video review. The ruling was overturned, and Kim went back to work.

The lefty gathered himself to strike out his final two batters. First, it was Jonathan Villar looking at an inside fastball clocking at 87.9 miles per hour. Then Albert Almora Jr. fanned on a 69 mph curveball in the dirt to end the Mets' rally.

The Mets entered the day having scored 3.17 runs per game, the worst in the National League. They sacked hitting coach Chili Davis after losing 6-5 to the Cardinals on Monday.

Kim made 66 pitches in the game and 30 of them in that fourth inning. He mixed in 25 sliders, 23 fastballs, 13 curveballs and five changeups. 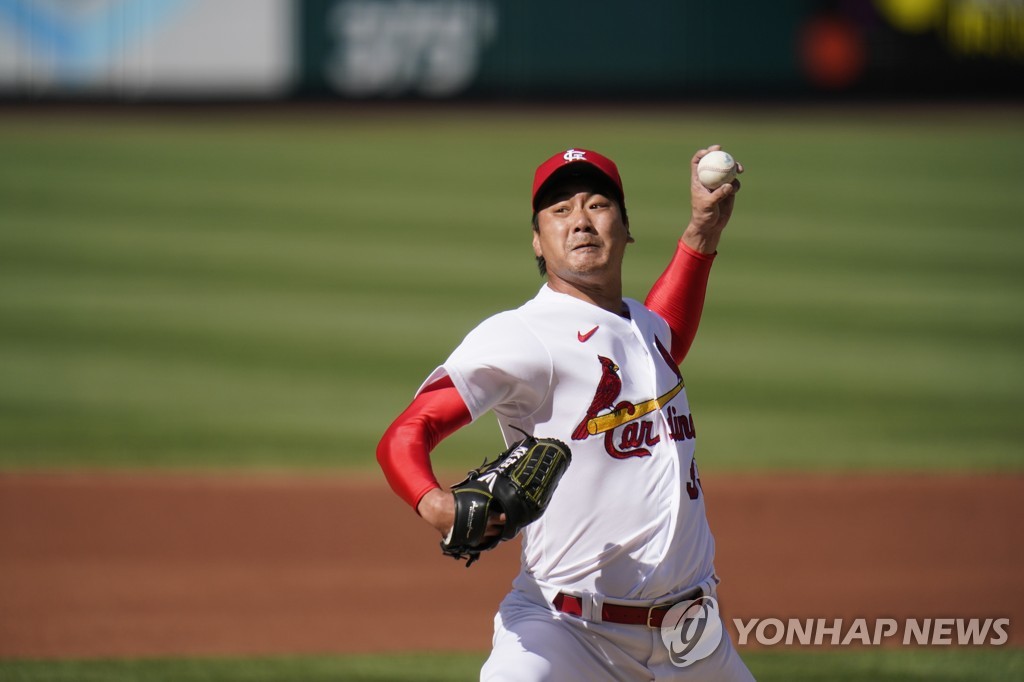