NEW YORK/SEOUL, May 6 (Yonhap) -- A Harvard law school professor, criticized for his disputed article casting victims of Japan's wartime sexual slavery as prostitutes, has accused a Korean-American scholar of "savage attacks" on him, warning that he will mull counteraction.

Lee Jinhee, an associate professor of history at Eastern Illinois University, told Yonhap News Agency that J. Mark Ramseyer of the Harvard Law School, had sent an email with the warning.

Lee has been at the vanguard of the efforts to redress the apparent distortion of history in Ramseyer's paper, titled "Contracting for sex in the Pacific War," in which those forced into sexual servitude by Japan during World War II were depicted as willing prostitutes. 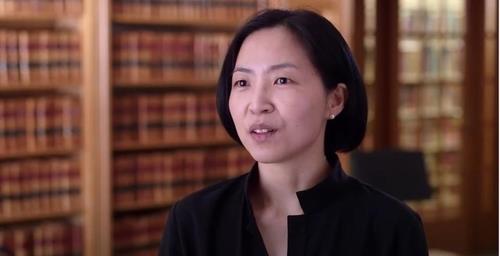 "You ... send savage attacks behind my back to every place where you think you might be able to damage my career," he wrote in the email. "This ... violates rules of human decency. It constitutes serious defamation. And it violates the fundamental principles of honesty."

Aside from his paper on sexual slavery, Ramseyer has taken much flak for his paper on the 1923 massacre of Koreans in Japan, where he cited rumors that Koreans at the time of the post-earthquake chaos around Tokyo were "gangs" that "torched buildings, planted bombs, poisoned water supplies."

Lee and other historians have also taken issue with the controversial paper and called for its revision or withdrawal from the Cambridge Handbook of Privatization, which was expected to be published later this year.

Amid criticism, an editor of the Cambridge handbook has said that his paper will be significantly revised.

In his email, Ramseyer expressed his displeasure over that.

"You tried to destroy the Cambridge UP handbook chapter," he said. I assume it never occurred to you that you would be damaging the careers of the many other authors who contributed to this book as well, some of whom need the publication for their own promotions."

The Harvard professor warned of counteraction.

"I am not sure what steps I shall take next," he said. "Consider yourself on notice: these dishonest, savage, and defamatory attacks must stop."